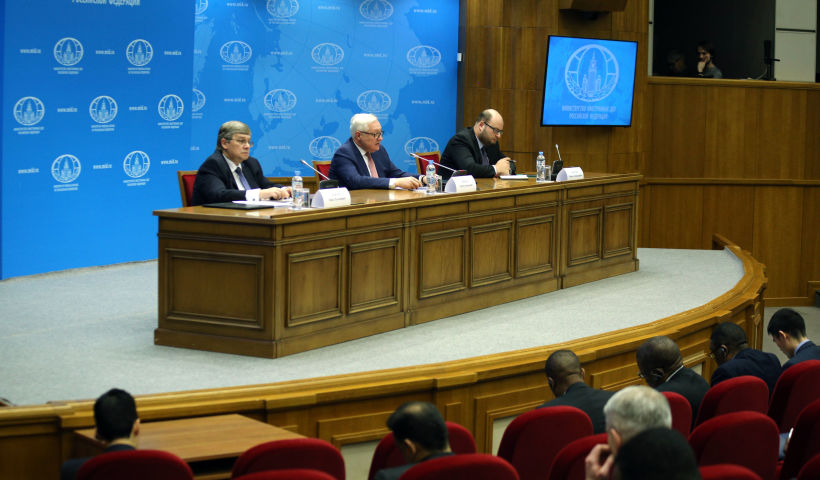 On 14 January, Russia’s BRICS Sherpa and Deputy Foreign Minister Sergei Ryabkov held a briefing on the start the Russian BRICS Chairmanship in 2020 for diplomats accredited in Moscow.

The key priorities for Russia’s Chairmanship in three areas of the BRICS strategic partnership, politics and security, the economy and finance, cultural and humanitarian contacts, were presented at the event.

The official website of Russia’s BRICS presidency is launched at: www.brics-russia2020.ru.

Source: Ministry of Foreign Affairs of the Russian Federation