Moscow prepares for the SCO and BRICS Summits 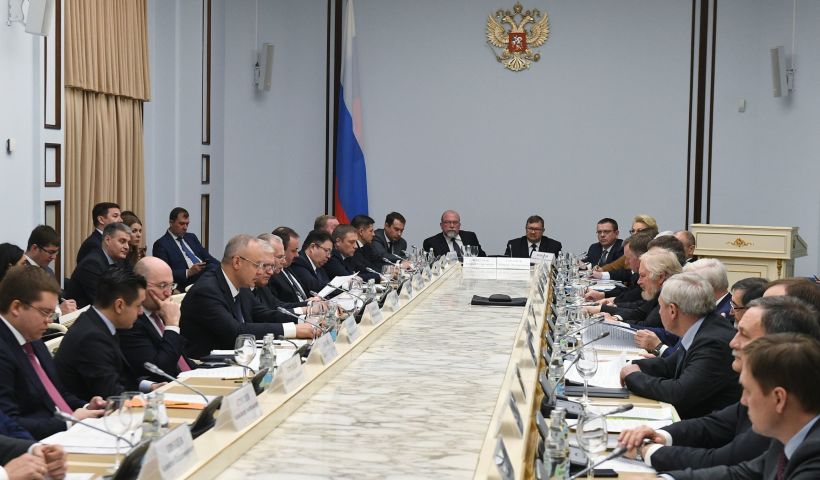 Russian officials held an interdepartmental meeting in Moscow to discuss the arrangement of the Summits of SCO member states and of the BRICS leaders. Anton Kobyakov, adviser to the President of the Russian Federation, Executive Secretary of the organising committee for preparing and providing for Russia’s SCO Presidency in 2019-2020 and the Russian BRICS Chairmanship in 2020, headed the meeting. Representatives of agencies and organisations involved in the preparation of the summits attended the event.

"Strengthening of mutual trust and assistance in the political and economic sectors are the SCO and BRICS primary goals. It is a responsible task to hold these events which Russia chairs and which should be held in Russia. High-class professionals with extensive international experience are involved into it. I am sure that the joint systematic work of all the departments involved will allow us to hold these major international events at the highest level," Anton Kobyakov, adviser to the President of the Russian Federation, Executive Secretary of the organising committee for preparing and providing for Russia’s SCO Presidency in 2019-2020 and the Russian BRICS Chairmanship in 2020, said.

The participants of the interdepartmental meeting discussed the readiness of St Petersburg city infrastructure, its transport system and logistics, the concept of accommodation of the Summits participants and official delegations. They paid special attention to working out the cultural program, including the program for the participants’ spouses, venue and souvenir design, media support, as well as the organisation of an exhibition for Russian products produced for foreign sale, at the summits venue.

The participants of the meeting also discussed the organisation of events to be held in 13 regions of Russia within the framework of the Russia’s SCO Presidency and the Russian BRICS Chairmanship.

"There are about 150 events planned for the Russian BRICS Chairmanship in 2020. All the assigned have eagerly started implementing the tasks set within the agreed schedule," Sergei Ryabkov, Russian Deputy Foreign Minister, Russia's Sherpa for BRICS said.

The meeting participants also discussed the informal meeting of BRICS leaders to be held on the sidelines of the G20 summit in Saudi Arabia on 21 and 22 November 2020.

Following the meeting, additional instructions in various areas were issued and deadlines for their implementation were set.