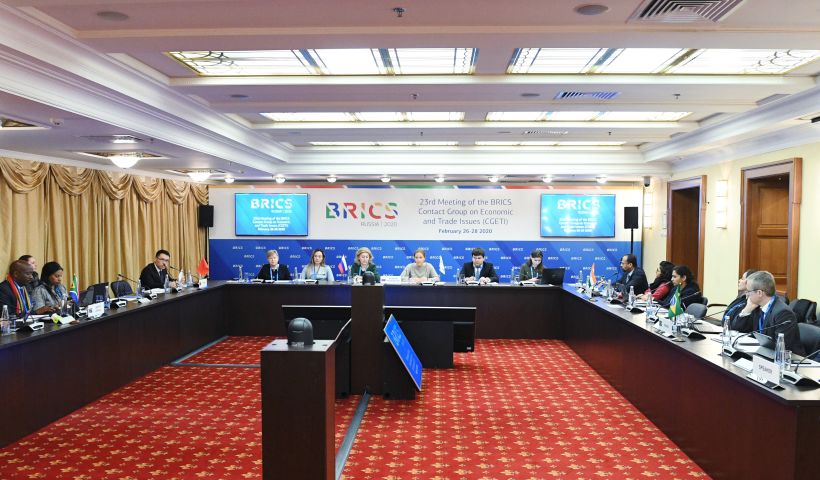 On 26–28 February, the 23rd meeting of the BRICS Contact Group on Economic and Trade Issues took place. It was the Contact Group’s first meeting since the start of the Russian BRICS Chairmanship in 2020. The meeting was chaired by Natalia Stapran, Director of the Department for Multilateral Economic Cooperation and Special Projects at the Russian Ministry of Economic Development.

The meeting participants expressed their support of the Russian BRICS Chairmanship’s key economic priorities, as proposed by the Russian side, including trade and investments without barriers or sanctions; digital economy for the people; sustainable growth and balanced development. A discussion took place on the updated version of the Strategy for BRICS Economic Partnership by 2025, which was presented by the Russian side for the first time. "We placed the main emphasis on the five countries' cooperation in the field of digital transformation, as well as on boosting the role of sustainable and inclusive development agenda," Natalia Stapran said. The document sets out pressing issues that the BRICS countries are facing, particularly those related to infrastructure development, including in remote and rural areas.

Among new issues selected by the Russian BRICS Chairmanship, Russia's comprehensive initiative for the development and integration of remote and rural areas captured particular interest of its BRICS partners. Currently, system-wide efforts are being made to develop the initiative at APEC, the SCO, and the ASEAN-Russia Dialogue Partnership.

While considering e-commerce issues, the countries agreed to discuss best practices and approaches to the protection of consumer rights, Natalia Stapran said. "I am confident that Russia's experience in digitisation in this sphere will be highly relevant. Digital transformation in the context of the service industry development and advanced experience in this sphere will also be important issues of discussions," she said.

The BRICS countries also discussed supporting a comprehensive trade system, the WTO reform[НШ1] , and preparations for the Twelfth WTO Ministerial Conference (MC12), to take place in June 2020 in Nur-Sultan, Kazakhstan. The sides confirmed the priority importance of resolving the WTO Appellate Body's crisis and the importance of preserving the two-stage system for dispute settlement at the WTO. They also agreed to take further efforts to seek common ground for both the organisation’s negotiation agenda and the WTO reform agenda.

Source: Ministry of Economic Development of the Russian Federation 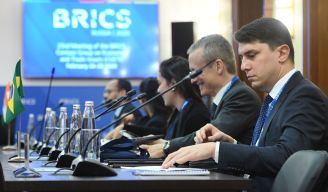 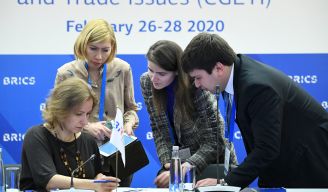 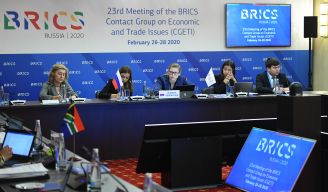