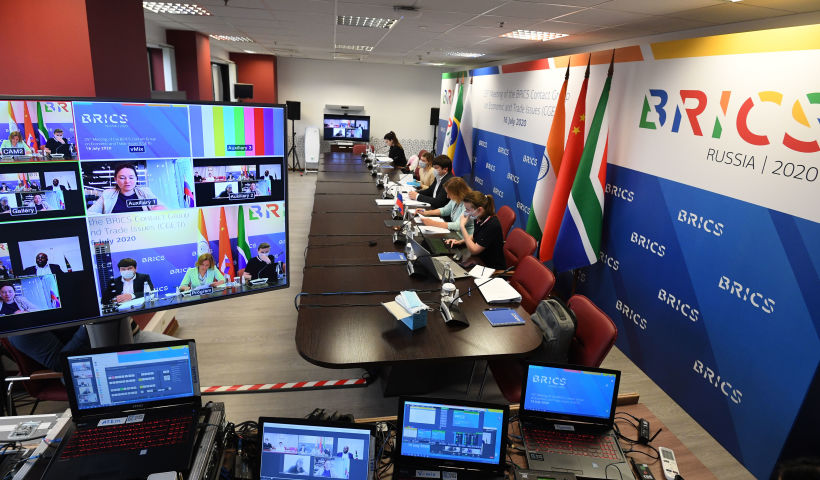 On 16 July, Ms Natalya Stapran, Director of the Department for Multilateral Economic Cooperation and Special Projects of the Russian Ministry of Economic Development, chaired the third meeting of the BRICS Contact Group on Economic and Trade Issues under the Russian BRICS Chairmanship in 2020. The event was a preparatory step for the upcoming Meeting of BRICS Ministers of Economy and Foreign Trade scheduled for 23 July.

The videoconference participants had an in-depth discussion of the Draft Joint Ministerial Communique and developed agreed positions regarding the support for a multilateral trade system, the WTO reform, countering unilateral restrictive measures, unlocking the potential of the digital economy, support for SMEs and the sustainable and inclusive development agenda.

Also while discussing the updated Strategy for BRICS Economic Partnership 2025, experts of the five countries provided their proposals to the draft document on three key blocks: trade, investment and finance, as well as digital economy and sustainable development. The parties noted the significant potential of the BRICS countriesin developing all areas of cooperation enshrined in the Draft Strategy, which is especially important today in connection with the need to counter the economic consequences of the COVID-19 pandemic. 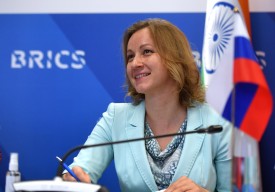