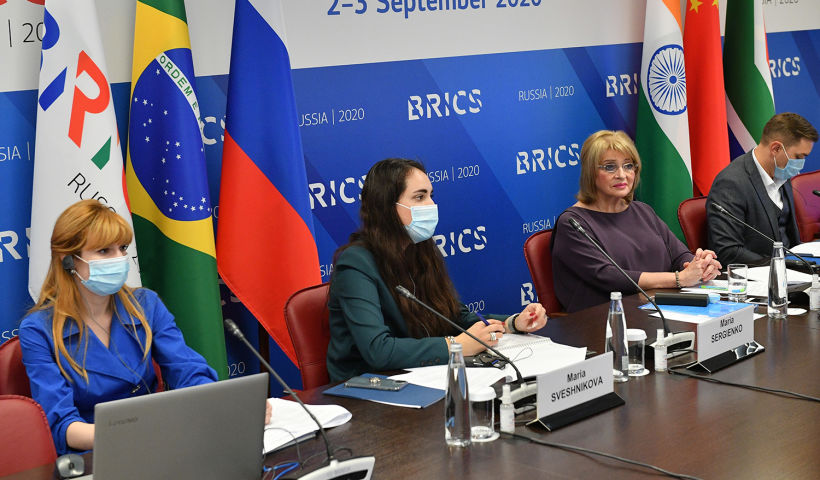 The experts discussed current issues of cultural cooperation among BRICS nations, including collaboration in the fields of museums, libraries, music, theatre, circus and folk arts, as well as the preservation of the cultural heritage of their countries.

“The year of Russian BRICS Chairmanship is decorated with the 5th anniversary of the first Meeting of BRICS Ministers of Culture and the signing of the  Agreement between the Governments of the BRICS States on Cooperation in the field o f Culture - the foundation document of our relations. We have come a long way together. Over this period, cooperation within the BRICS has changed considerably and has acquired a number of new forms,” Alla Manilova noted in her opening remarks.

The participants recalled the most interesting projects they had carried out, discussed the implementation of the intergovernmental Agreement on Cooperation in the Field of Culture (2017-2021) signed in Tianjin, China in 2017, and announced their plans for BRICS cultural events in 2020.

“There will be some changes in the format of the BRICS Film Festival scheduled for 1-7 October. The traditional Film Forum on cooperation between BRICS countries in the field of movies will be held online on 7 October. However, BRICS movies will be shown for the audience in-person in cinema halls within the framework of the Moscow International Film Festival,” Alla Manilova pointed out.

Furthermore, The Sides have also reaffirmed their readiness to strengthen and broaden cooperation within BRICS. In order to do thata BRICS Working Group on Culture will be formed, whose participants will annually exchange information about multilateral cultural cooperation and will update each other on the upcoming large-scale events to be held in their countries.

Following the meeting, the Declaration of the V Meeting of BRICS Ministers of Culture was adopted. 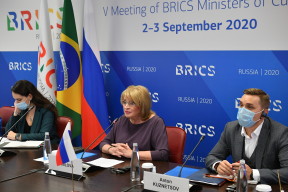 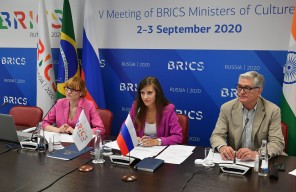 Declaration of the V Meeting of BRICS Ministers of Culture