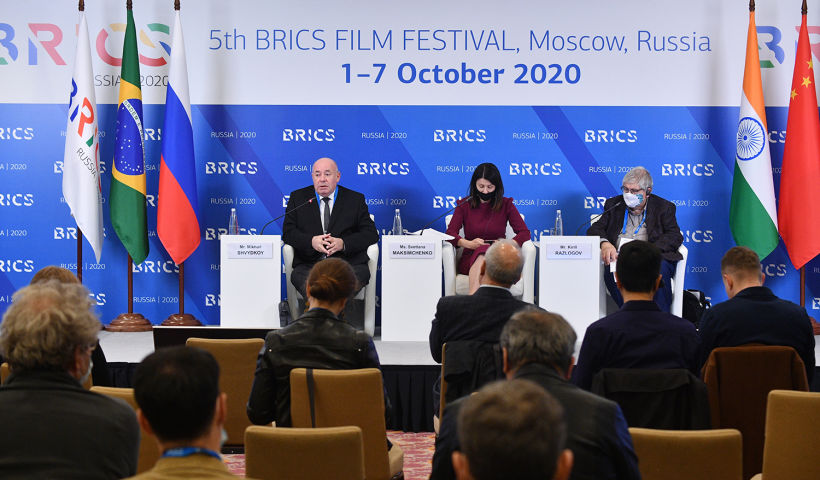 The BRICS Film Forum under the theme “BRICS Cinemas as Alternatives to Hollywood” took place on the final day of the Festival. This event gathered film directors, producers, participants in the Festival’s competition programme, film studies experts on the cinema of the BRICS countries, as well as representatives from BRICS countries’ embassies and cultural centres.

The Film Forum participants discussed the development of the national cinema industries in BRICS countries, with a special focus on film production, promotion and cooperation, including during the pandemic.

In his opening remarks, Mikhail Shvydkoi, Special Envoy of the President of the Russian Federation for International Cultural Cooperation, stressed the importance for BRICS countries to cooperate in various fields, especially in cinematography.

“The 5th Forum is a major achievement. It is always a challenge to hold the first forum, and even more so the second one, but with the 5th Forum it becomes clear that there is a need for a broad and serious conversation when it comes to the film industry,” Mr Shvydkoi pointed out. He went on to call on film studies experts to help  BRICS film industry overcome  problems it faces from a cultural perspective, and also asked film producers and providers to contribute to these efforts.

Also on 7 October, the BRICS Film Festival announced its winners. Jury President Sergei Mokritsky said that this year’s Festival programme was very interesting, and watching the competing films was “a true pleasure.” He also thanked all the  members of the jury for their work and insightful discussions.

This was the first time that the BRICS jury decided to award two prizes for best actress and not to name the best actor.

“The female characters were stronger than the male ones. We decided that when women take on a man’s work, they often are better at it than men, so they should also be recognized for this,” Mr Mokritsky said.

Speaking of the film that won the main prize, Mr Mokritsky described Poppie Nongena as a present-day film that explores historical processes.

Best actress: Thalita Carauta, THE SILENCE OF THE RAIN, Brazil

At the end of the award ceremony of the 5th BRICS Film Festival Boris Mashtaler, Executive Director of Russia’s National Academy of Motion Pictures Arts and Sciences, who represented Russia at the 2019 BRICS Film Festival in Niteroi, Brazil, passed the Festival flag over to H.E. Mr Bala Venkatesh Varma,  Indian Ambassador to Russia, whose country will be hosting the next festival. 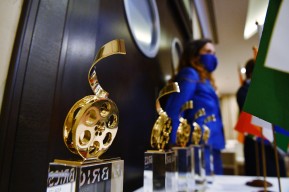