BRICS Expert Round Table on Anti-Corruption Education and Training 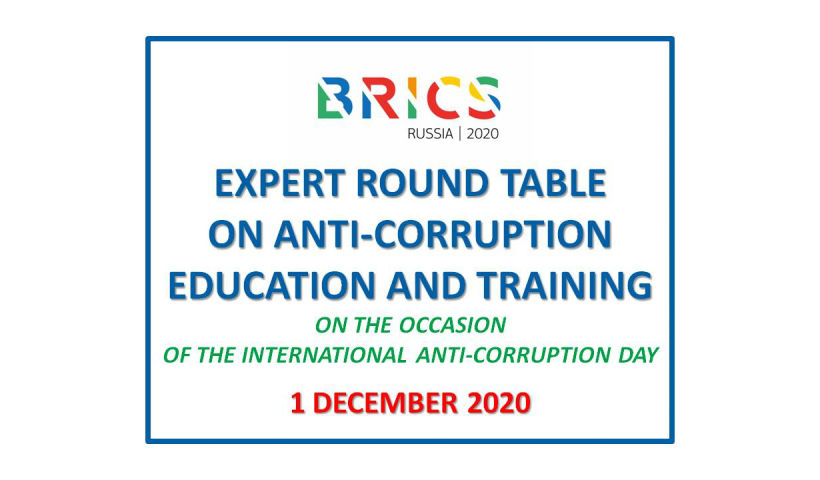 On 1 December, the BRICS Expert Round Table on Anti-Corruption Education and Training under the Russian BRICS Chairmanship will take place in a virtual format.

This is why Russia has identified anti-corruption education as a priority of its BRICS Chairmanship in 2020. The BRICS already have a standing cooperation in the field which is to be reinforced by expert support and knowledge.

The Round Table on Anti-Corruption Education and Training to be held on the occasion of the forthcoming International Anti-Corruption Day will focus on good practices and common challenges of the BRICS in three strictly intertwined areas: raising public awareness about corruption, anti-corruption education in universities and training for anti-corruption practitioners and officials. The detailed programme of the event is provided below. 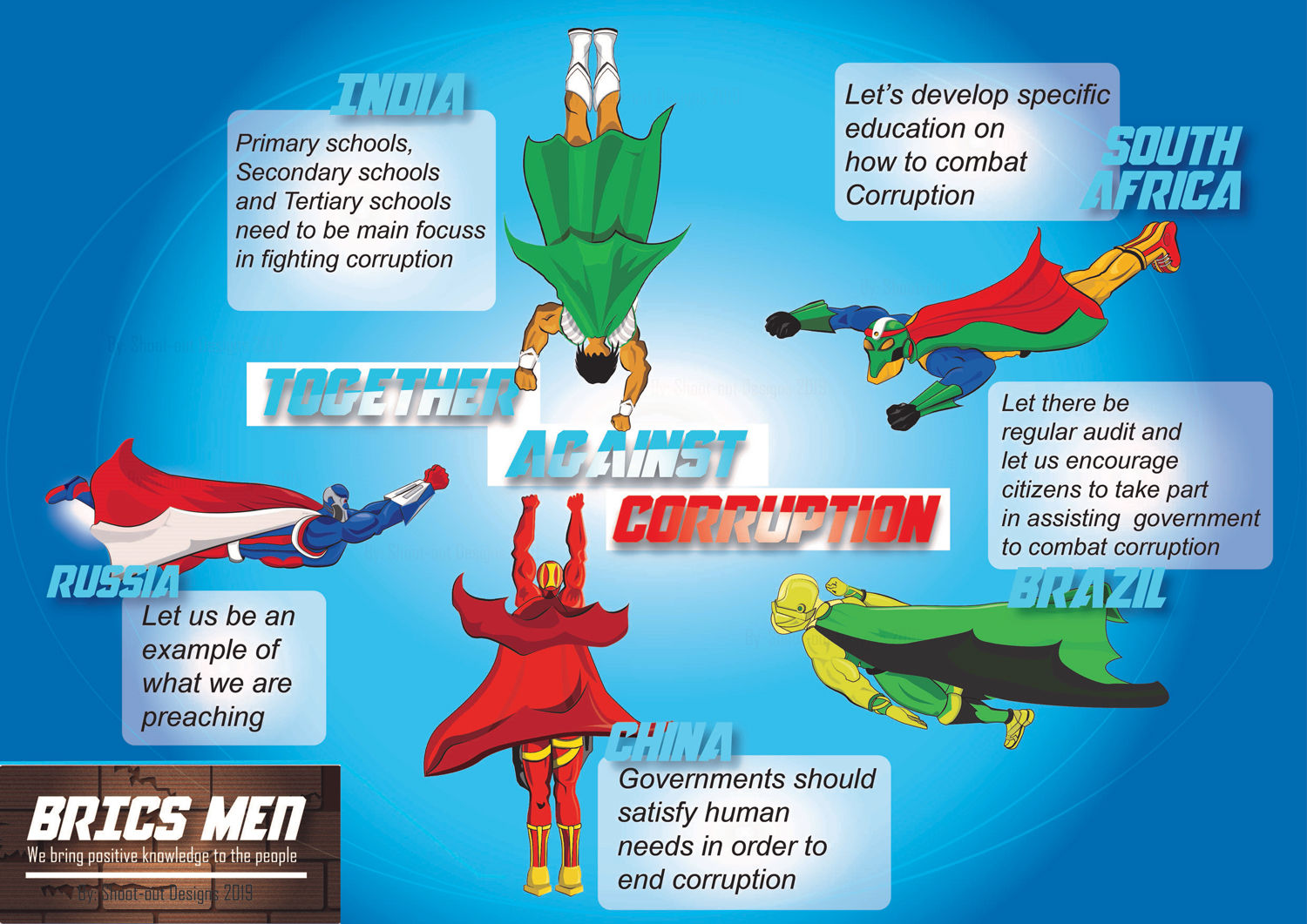 Incorrect to have a myopic view of corruption. It is myopic to limit the effort of combating corruption to merely making laws or creating institutions. Despite having the most stringent laws and punishments, despite creation of plethora of anti-corruption institutions, it is undeniable that the menace of corruption continues to raise its ugly head and torment every facet of society.

Corruption is a global challenge which may negatively impact economic growth and sustainable development of not only the BRICS countries, but also the international society as a whole. As we all know, in recent years the BRICS countries have made great efforts to fight against corruption in various ways, and following SDG 16 to promote the rule of law at the national and international levels and ensure equal access to justice for all and to make the world safer and cleaner. Anti-corruption education plays a fundamental role as such.

For anti-corruption reforms to be successful, it is not enough to issue comprehensive legislation. No less important is to ensure that both employees of anti-corruption agencies and public officials subject to anti-corruption restrictions and prohibitions understand well the requirements of the law and know how to relate them to real life.

However, organizing professional training on anti-corruption issues is a challenging task. Finding an appropriate balance between theory and practice in curricula, determining the optimal duration and methods of training, ensuring the quality of training throughout the country - all these and many other difficult issues must be resolved to create an effective system of anti-corruption professional training.

Common challenges and opportunities for strengthening BRICS cooperation in the field identified in the course of the event along with the recommendations of the participants will be reflected in a focused strategic document by the Russian Chairmanship in the BRICS Working Group on Anti-Corruption Cooperation. The outcome will also lay the basis for the programmes of two special projects initiated and financed by the Russian Federation under its BRICS Presidency:

Participants of the Round Table will be eligible to take part in these expert initiatives.

Please note, a link to the Zoom conference will be provided to registered participants two hours prior to the starting time.

For any queries you may have please contact us at anticorruption.mfa@mail.ru.