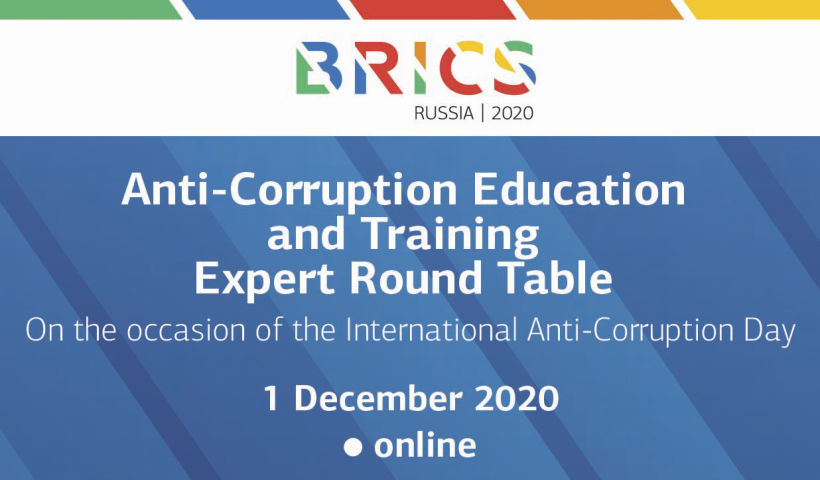 On 1 December, the BRICS Working Group on Anti-Corruption Cooperation (WGAC) is organising an Expert Round Table on Anti-Corruption Education and Training in line with the anti-corruption priorities of the Russian BRICS Chairmanship in 2020.

The programme will be centered on good practices and common challenges of the BRICS in three strictly intertwined areas: raising public awareness about corruption, anti-corruption education in universities and training for anti-corruption practitioners and officials.

Leading anti-corruption experts and trainers, educators of major BRICS universities, law enforcement practitioners, civil servants, representatives of the private sector and civil society from the BRICS countries along with competent officers of the UN Office on Drugs and Crime and International Anti-Corruption Academy will participate in the event.

Common challenges and opportunities for strengthening BRICS cooperation in the field identified in the course of the Round Table along with the recommendations of the participants will be reflected in a focused strategic document by the Russian WGAC Chairmanship. The outcome will also lay the basis for several BRICS learning and training projects already planned to be implemented by the WGAC.

The link to the Zoom conference will be circulated to all registered participants two hours prior to the starting time.

The event will be live-streamed on the Facebook page of the Russian BRICS Chairmanship.