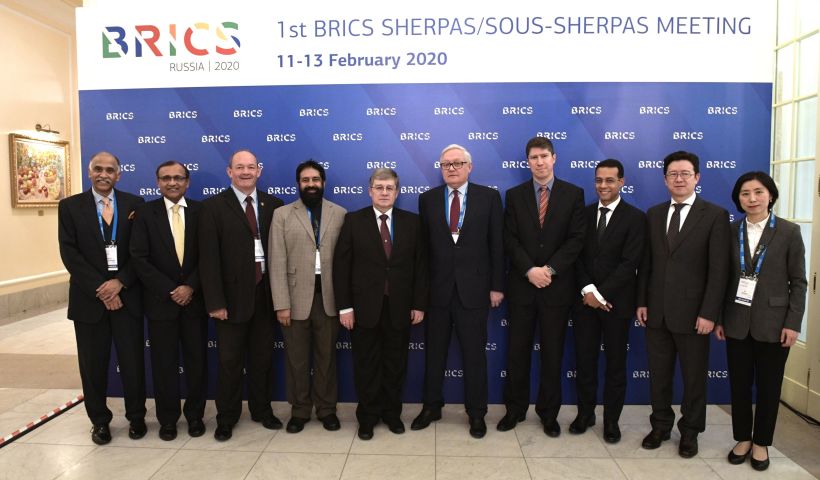 The 1st Meeting of BRICS Sherpas/Sous-Sherpas under the Russian BRICS Chairmanship in 2020, chaired by Deputy Minister of Foreign Affairs of the Russian Federation, Sherpa for BRICS Sergei Ryabkov, has started in St Petersburg on 11 February 2020.

During the meetings to be held on February 11-13, the priorities of the Russian BRICS Chairmanship in 2020 under the motto “BRICS Partnership for Global Stability, Shared Security and Innovative Growth” will be presented. The participants will discuss vital issues of cooperation among the five countries, further strengthening BRICS mechanisms for multi-faceted cooperation as well as the 2020 BRICS Events Calendar.

Prior to the meeting Russian Sherpa for BRICS traditionally met with journalists and held a briefing on the BRICS agenda for this year. At the same time, Sergei  Ryabkov noted that the Meeting was taking place against the backdrop of a new coronavirus pneumonia outbreak in China. The BRICS countries expressed their solidarity and supported the decisive efforts of the Chinese Government to combat the Novel Coronavirus Pneumonia Epidemic.  President of the Russian Federation Vladimir Putin has sent a message to President of the People’s Republic of China Xi Jinping containing deep sympathy and support for all whose families are in mourning and wish a speedy recovery to those who are ill. The BRICS countries are ready to cooperate closely with China.

On the sidelines of the Meeting of BRICS Sherpas/Sous-Sherpas a number of bilateral meetings are planned to be held between the BRICS heads of delegations. 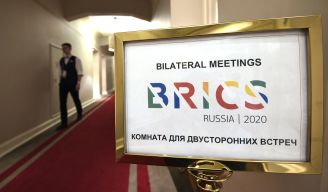