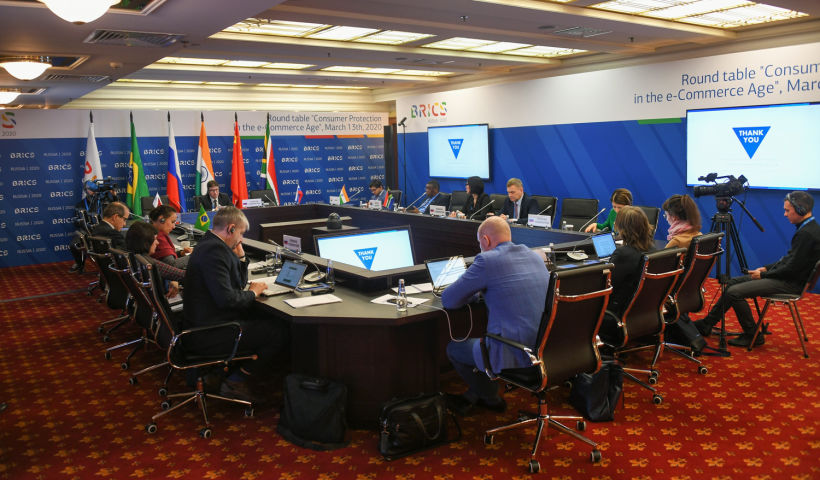 On 13 March, Moscow hosted a roundtable discussion “Consumer protection in the era of e-Commerce in the BRICS countries” held within the framework of the Russian BRICS Chairmanship in 2020. The event was organised by the Federal Service for the Oversight of Consumer Protection and Welfare (Rospotrebnadzor). The meeting saw the presence of heads and experts of relevant ministries and agencies of the BRICS countries, as well as representatives of the Eurasian Economic Commission, UNCTAD, OECD, and other international organisations and public associations.

The experts discussed a wide range of current issues modern society is facing, focusing on the benefits and risks of e-commerce, cross-border payments security, fraud prevention, effective online settlement of disputes, timely notification of consumers in a cross-border trade environment, and in particular the protection of consumers of digital goods and services.

“These topics seem to be most relevant for consumers in the BRICS countries, their importance is enshrined in the UN Guidelines for Consumer Protection,” said Rospotrebnadzor Head Anna Popova. “The discussion of these issues meets the main modern challenges of the international consumer movement."

“I would like to note that expert discussions take into account the real experience and their statutory regulation in the BRICS countries, which will make it possible to successfully close the existing gaps and prevent collisions in the legal regulation of many matters,” she added.

The experts confirmed the importance of exchanging international best practices taking into account the legal transformations and prospects for standardising consumer protection legislation based on international law. 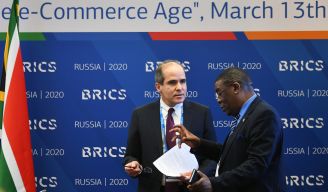