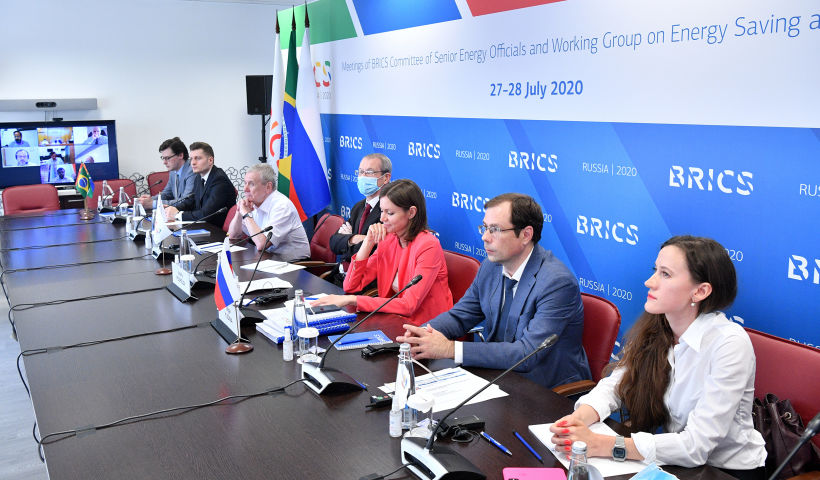 On 27 ̶ 28 July, Meetings of BRICS Committee of Senior Energy Officials and Working Group on Energy Saving and Energy Efficiency under the Russian BRICS Chairmanship took place via videoconference.

The experts focused on the further expansion of BRICS Energy Research Cooperation Platform activities, including interim results, research priorities and the themes of next surveys, the format and mechanisms of its operation.

The impact of COVID-19 pandemic on the development of the energy sector of the BRICS countries, the possibilities of international cooperation to overcome its consequences, as well as sharing the experience in the field of measures to support fuel and energy complex taken by the national governments of the BRICS countries have also become important topics of discussion. The meeting participants exchanged views on a Draft Roadmap for BRICS Energy Cooperation 2025 and the development of youth energy dialogue, including education programmes.  As a follow-up to the successful practice of informal meetings between BRICS Energy Agencies representatives on the sidelines of the relevant G20 mechanisms’ meetings, the VTC participants discussed opportunities for further enhancing coordination between BRICS countries on energy issues on international fora, including the UN, the G20 and the World Energy Council.  ,The 4th Meeting of Working Group on Energy Saving and Energy Efficiency was held on the second day of the meetings. The participants shared latest information on the government policies of BRICS countries on energy efficiency and discussed opportunities for technological cooperation and joint action to popularize energy efficient solutions among the populations of the BRICS countries. 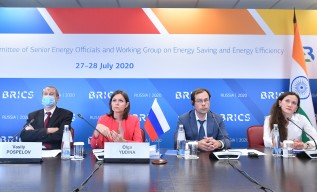 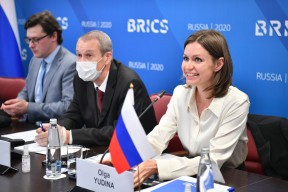