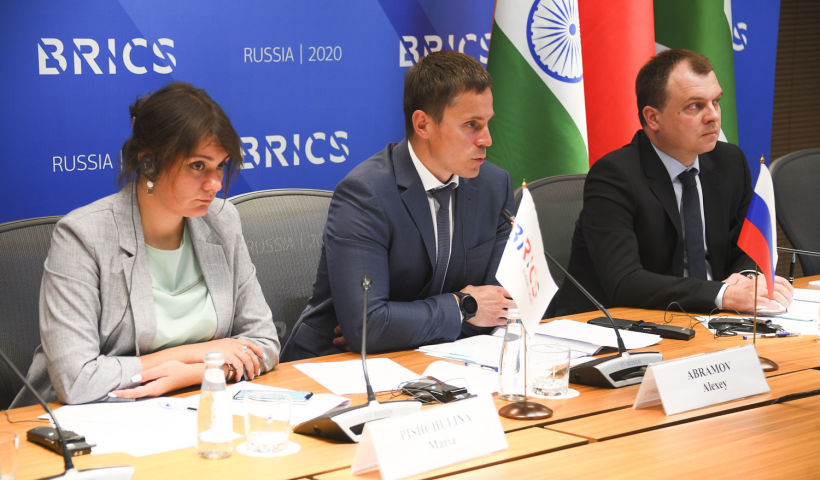 On 19 August, Mr Alexei Abramov, Head of Federal Agency for Technical Regulation and Metrology of the Russian Federation (Rosstandart), chaired a Meeting of the Heads of BRICS National Standardization Bodies via a videoconference.

The experts discussed mechanisms for promoting cooperation between the BRICS countries in the field of standardization and highlighted the role of the national standardization agencies in responding to emergencies such as the novel coronavirus COVID-19 pandemic.

Thus, in order to expedite the introduction of new standards for medical items and personal protective equipment (PPE) in Brazil during the pandemic the period for public discussion of draft standards was shortened from 60 to 30 days. India has adopted a number of new standards for medical items and is currently developing a new standard for collection and disposal of used PPE. China has come up with a number of initiatives to develop international standards, in particular, requirements for contactless delivery, design and building infectious diseases units in clinics and hospitals. In Russia, during the most critical period of the pandemic, in order to increase the volume of medical items and PPE production a free access was provided to over 50 international, interstate and national standards as well as unprecedented access to technical specifications of PPE manufacturers.

The Heads of the relevant bodies also discussed a Draft Memorandum of Understanding on cooperation in the field of standardization between the BRICS countries and the work of the BRICS Information and Share Platform in standardisation.

“BRICS is an acknowledged format for international cooperation, which has a number of priorities, including ensuring security in the use of ICTs, countering terrorism, developing integration of payment systems, outer space research, strengthening cooperation in the energy sector. Standardization mechanisms can make a real contribution to pursuing the above-mentioned priorities,” Alexei Abramov emphasised. 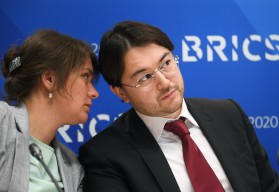