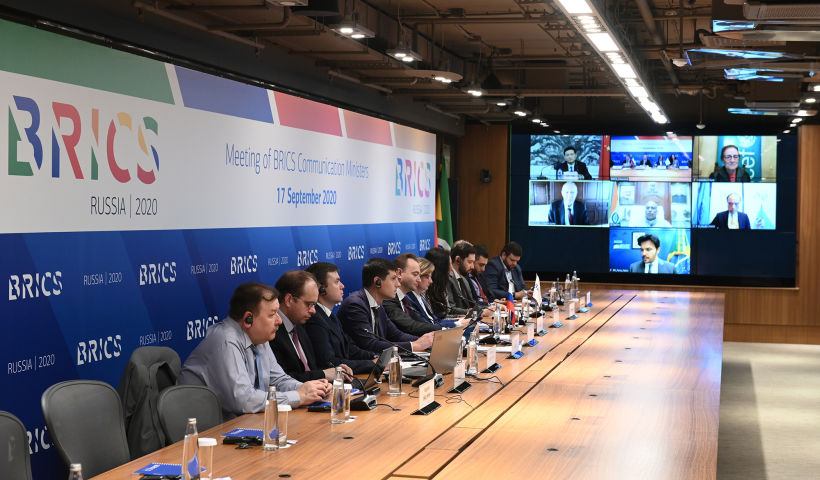 Heads of the relevant BRICS Line Agencies discussed the role of ICTs in overcoming the negative impact of COVID-19 on the BRICS countries, the development of digital governance and digital economy to achieve sustainable development goals, as well as prospects for BRICS cooperation in ICTs.

“Russia praises the role of BRICS in developing ICTs based on modern achievements in science and technology, which increases year by year. We will continue working actively to achieve excellent results,” Maxim Parshin said.

According to BRICS representatives, enhancing people’s confidence in the latest technologies and working conditions for the formation of a new safe digital world should become an important area of further work. In this regard, the meeting participants emphasized the need to improve the existing norms of international law in the field of ICT.

Maxim Parshin spoke about Russia’s achievements in digital technology sphere. For example, over the past five years the export of Russian software has doubled. Russia has become one of the leaders of ICT development by a number of indicators while holding high positions in several relevant international indices.

In general, Russia is developing in accordance with the large-scale “Digital Economy” national programme adopted in 2017, which comprises of such cutting-edge high-tech spheres as development of artificial intelligence, the internet of things, 5G networks and quantum technologies. Information security and the protection of personal data issues are of particular importance.

Following the meeting, The Declaration of BRICS Ministers of Communication was approved.

“This document addresses all the most important areas of development of ICT sphere and digital economy in general,” Deputy Minister Maxim Parshin concluded. 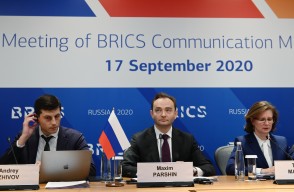