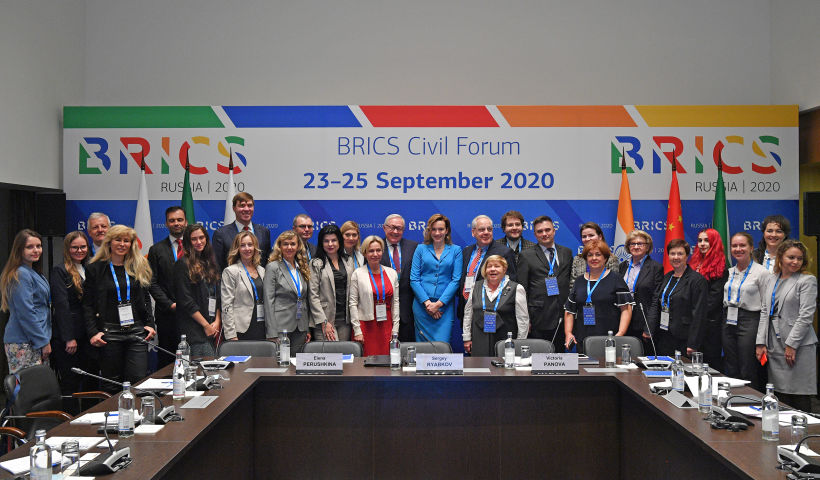 The three days of the Forum are expected to gather both in online and offline format up to 400 representatives of civil society, non-profit organizations, foundations, authorities, socially-oriented businesses, media and academic experts from the BRICS countries, who will participate in the plenary sessions of 8 Civil BRICS Forum Working Groups: Food and Healthcare; Education and Science; Economic Development in the Digital Era; Information Strategies and Society; Environment, Climate and Energy; Sustainable Cities and Rural Development; Women and Girls; and People-to-People Exchanges.

Within a decade, BRICS has come a long way from an informal venue for exchanging views on current issues on the international agenda to an absolutely mature and stable network of multilateral interaction on the diverse issues on the international and domestic agendas of the five countries. This year, the year of the 75th anniversary of Great Victory in the Great Patriotic War and the 75th year since the establishment of the UN, the voice of solidarity of the BRICS nations is needed in the international arena like never before. We advocate and will continue advocating the enhancement of the democratic foundations of a multipolar world order, which rests on a mutual respect for the legitimate interests of all countries and peoples, and unconditional compliance with the principles of international law, including the UN Charter. We are confident that we will be able to effectively face today’s challenges through a collective effort by matching our national measures and our capabilities,” Sergey Ryabkov noted.

The Forum participants were also greeted by co-chairs of the BRICS Civil Forum Victoria Panova, Managing Director of the National Committee on BRICS Research, Scientific Supervisor of the BRICS Russia Expert Council and Vice-President for International Relations of the Far Eastern Federal University, and Alyona Peryshkina, Head of the AIDS Infoshare foundation and co-chair of BRICS & G20 Russian NGOs Working Group.

According to Alyona Peryshkina, “The novel coronavirus pandemic has revealed the importance of civil society’s participation in a dialogue with a respective government of any country to overcome new challenges in a prompt and efficient way. The BRICS countries’ public organisations and individual activists are involved and effectively carry out the initiatives aimed at helping the segments of the population hardest hit by COVID-19. These include volunteer movements such as medical volunteer programmes to help patients and assist medical staff; they include participating in vaccine research and testing; support for compatriots who were caught out of the country during border closings; NGOs, media and researchers’ involvement in information and prevention educational campaigns; help with NGO participation in pursuing the development of BRICS friends – countries in Central Asia, Eastern Europe and the Global South countries. All these joint efforts of civil society helped to slow the spread of the virus under the most complicated conditions and to strengthen government measures to combat the pandemic and its impacts.”

For detailed information go to www.civilbrics.ru 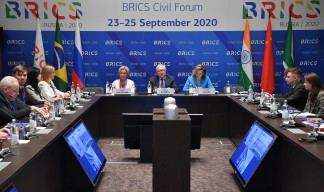 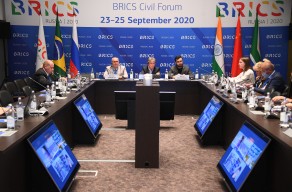