BRICS Agriculture Ministers discuss cooperation against the background of the pandemic 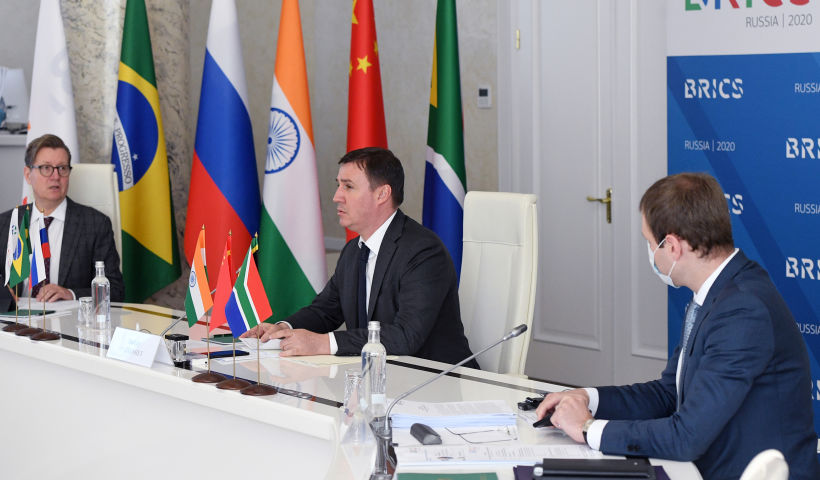 On 23 September, Dmitry Patrushev, Minister of Agriculture of the Russian Federation chaired the 10th Meeting of BRICS Ministers of Agriculture and Agrarian Development via videoconference.

The Agriculture Ministers discussed the impact of the pandemic on food production and agriculture, as well as current cooperation in agriculture.

“Our countries have the best resource base. The area of cultivated agricultural lands in the BRICS countries makes up almost 40 percent of the world’s cultivated land. This has facilitated the turning of the agro-industrial complex into a strategic industry in all BRICS countries. We are the biggest producers of agricultural products, providing almost 40 percent of global production,” Dmitry Patrushev said, noting the complementary nature of the BRICS economies.

According to Mr Patrushev, the BRICS countries have considerable potential for strengthening their position in the global agricultural market and providing uninterrupted supplies with a view to ensuring global food security.

Mr Patrushev expressed support for the meeting participants in connection with the challenges and losses caused by the spread of the novel coronavirus. Speaking about the Russian experience, the Minister noted that during the quarantine restrictions, the Russian agro-industrial complex saw a certain decline in its business activities. Nevertheless, the peak of the crisis passed easier than expected, and the economic situation improved in June.

The Minister emphasized that Russia is interested in further increasing trade with other BRICS countries. “Our mutual turnover is steadily growing – it has almost doubled in value since 2010. Such growth shows the increase in the commercial appeal of the national agricultural markets and the reduction of tariff and technical barriers. We need to look for new points of growth for developing intra-BRICS trade. In particular, granting a most favoured nation status and the removal of trade barriers in veterinary and phyto-sanitary control areas may present additional opportunities,” Mr Patrushev said.

Following the meeting, the participants adopted a Joint Declaration of the 10th Meeting of BRICS Ministers of Agriculture and Agrarian Development, which reflects the issues of facilitating trade and investment, using digital technologies for sustainable development in the agricultural sector, fulfilling the 2030 Agenda for Sustainable Development, as well as implementing international programmes on food security, nutrition and support for the vulnerable groups.

Joint Declaration of the X Meeting of the BRICS Ministers of Agriculture and Agrarian Development
PDF 173.8kb 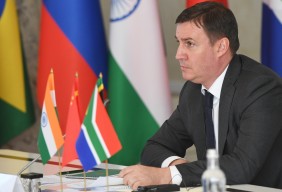 10th Meeting of BRICS Ministers of Agriculture and Agrarian Development