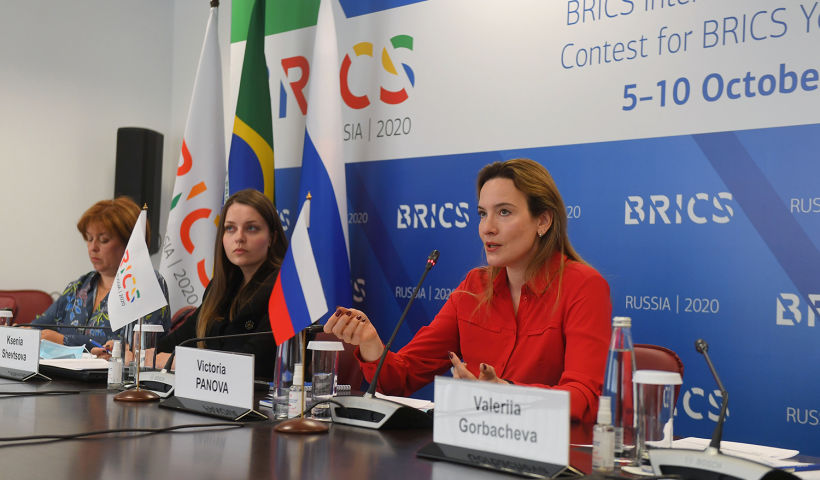 On 5-10 October 2020, the National Committee on BRICS Research is holding the 4th International Research and Educational Programme “BRICS School” and BRICS Young Scientists (BRICSologists) Contest under the Russian BRICS Chairmanship.

The BRICS School is a unique programme designed to train specialists in studying the interaction between the BRICS countries in political, economic and humanitarian spheres. The goal of the programme is to expand the pool of young experts on BRICS, “BRICSologists”, to form a talent pool and to further develop the youth track of interaction within BRICS. The programme is conducted annually with the support of the Ministry of Foreign Affairs of the Russian Federation.

The programme included 80 contestants from the five BRICS countries aged 18 to 35, including young diplomats, researchers, students and postgraduate students, journalists, entrepreneurs and public figures. They will attend lectures by leading experts and practitioners, take part in workshops and receive valuable recommendations from mentors on promoting their projects and research.

The BRICS School will hold the traditional BRICS Young Scientists (BRICSologists) Contest in 2020 to identify promising projects for promoting practical cooperation among the youth of the BRICS countries.

Victoria Panova, Managing Director of the National Committee for BRICS Research, Scientific Supervisor of the BRICS Russia Expert Council, and Vice President for International Relations at the Far Eastern Federal University, addressed the participants with a welcome speech.

“We see that BRICS is constantly evolving, and the youth track is one of the areas aimed at  deepening the five-sided cooperation,” Panova said. “We have picked the best of the best to take part in the BRICS School. Each of you has come up with a project aimed at promoting practical cooperation among the BRICS countries. With your help, we will continue our quest for new ideas in order to resolve issues of international importance.”

On 5 October Vyacheslav Nikonov, Chairman of the State Duma Committee on Education and Science and Chairman of the Board of the National Committee on BRICS Research, spoke before the School’s participants about the current state of international relations and the principles of leadership. 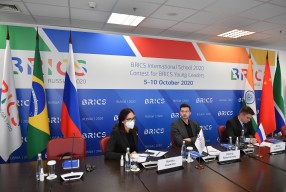 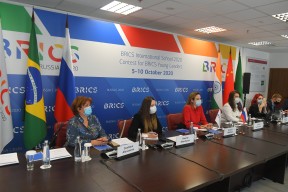