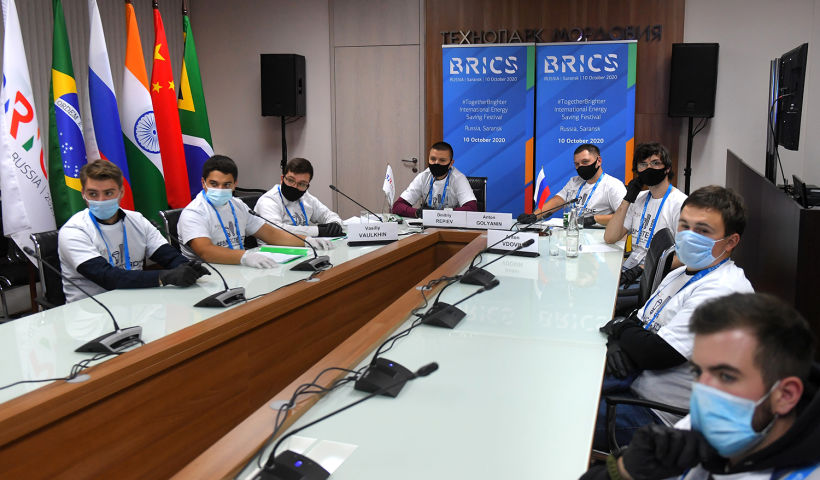 On 10 October 2020, the city of Saransk, Republic of Mordovia, hosted the #TogetherBrighter International Festival of Energy Saving and Energy Efficiency attended by leading experts and young representatives of the BRICS countries’ energy industries. The Festival opened the BRICS Energy Week (10-16 October 2020), during which the key energy events of the Russian BRICS Chairmanship in 2020 will be held.

The Festival has been organised by the Government of Mordovia together with the Russian Ministry of Energy and the BRICS Youth Energy Agency.

The event saw the presence of over 150 representatives of the BRICS countries. The key event of the Festival, the Peer Dialogue, was attended by representatives of BRICS Ministries of Energy and experts, including Deputy Prime Minister of Mordovia Igor Chadov, Director General of the Indian Bureau of Energy Efficiency Abhay Bakre, President of the ESCO (Energy Services Companies) Association of South Africa Dhevan Pillay, and Alexandra Maciel, Deputy General Coordinator for Energy Efficiency at the Brazilian Ministry of Mines and Energy. The experts discussed the main ways to enhance energy efficiency in the BRICS countries and pointed out the most successful practices used to promote public energy efficiency awareness.

“We can see that the public attitude to energy efficiency is improving in Russia. According to surveys conducted by the VTsIOM Russian public opinion research centre, the number of families that have been taught to save energy has doubled over the past five years. That the BRICS countries are taking part in the #TogetherBrighter International Energy Saving Festival is a landmark event of Russia’s BRICS Chairmanship. We could see today that promoting energy efficiency as a way of life has come to the fore in all the BRICS countries without exception, and we are ready to promote cooperation in this field both with representatives of the concerned agencies and with young activists in our five countries,” Deputy Energy Minister of Russia Anton Inyutsyn pointed out.

In conclusion of the Peer Dialogue, Deputy Prime Minister of Mordovia Igor Chadov launched the #TogetherBrighter Challenge, during which the festival’s mascot, a firefly named TEK-Tik, will make a tour of the five BRICS countries to demonstrate the best energy saving practices together with young people.

The Festival concluded with the BRICS Conference #TogetherBrighter on Energy Efficiency and Energy Saving, during which young scientists and energy researchers from the five countries’ leading universities, who developed the BRICS Youth Energy Outlook 2020, discussed energy efficient cities and digitalisation, the current and future energy transfer and storage trends, as well as nuclear energy and new approaches to traditional sources of energy. 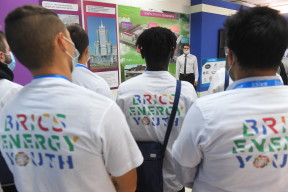