Experts discuss Concept of functioning and development, as well as Roadmap for BRICS Network University 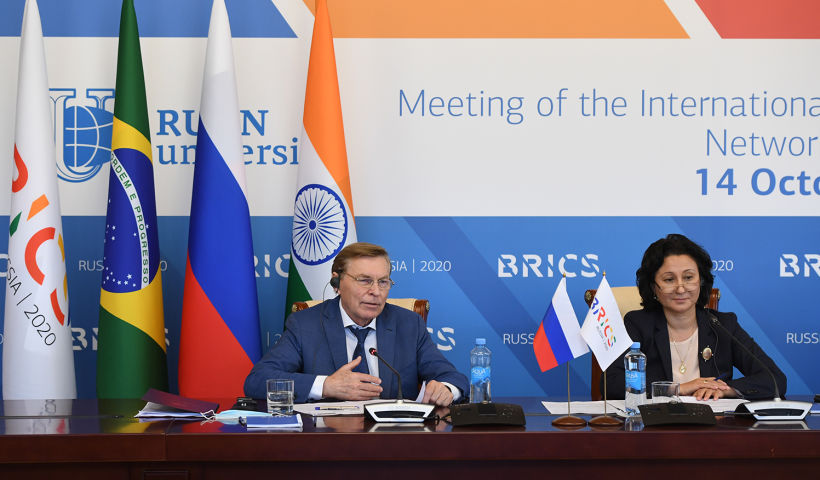 On 14 October, the International Governing Board of the BRICS Network University held a meeting via videoconference under the Russian BRICS Chairmanship.

The Board is the principal integral body, formed by representatives of the relevant Line agencies and associated universities (56 leading universities from the BRICS countries, selected as per national law, including 12 from Russia).

Igor Ganshin, Head of the Russian delegation, Director of the International Cooperation Department of the Ministry of Science and Higher Education of the Russian Federation, said that students found themselves in a new learning environment, showing that it is time for the BRICS countries to work together to find the best ways to ensure continuous learning and quality education. He went on to say that in order to do so, they needed to rely on the existing practices and educational cooperation frameworks like the BRICS Network University.

Cooperation within the Network University is designed to create a new generation of qualified and motivated specialists with critical thinking skills, who can think outside-the-box and come up with unconventional ways of addressing social and economic issues, and who feel at ease in the current international political environment, and can combine fundamental knowledge with the latest technologies and scientific advances.

The Concept sets forth the main goals and areas of work, as well as stages in the Network University’s development, which include a preparatory stage (2015-2020), the formation stage (2020-2022), the approbation and implementation stage (2023-2025) and the stage at which the institution will become fully operational (beginning in 2026). The Concept provides for establishing a Board of Trustees, as well as designating a Coordinator University for better efficiency and coordination. The Coordinator is expected to provide administrative, information and analytical support to the Network University, and oversee its day-to-day affairs and document flow in between the board sessions.

The Roadmap covers three main spheres: approving documents for developing the Network University and creating the necessary working bodies; supporting research and teaching, including developing mechanisms for carrying out joint programmes in remote formats; and a calendar of events for students and faculty: conferences, meetings, festivals, etc.

Russia initiated the creation of the Network University at the Meeting of BRICS Ministers of Education in November 2013, held under the auspices of UNESCO in Paris.The Memorandum of Understanding (MoU) on Establishment of the BRICS Network University was signed on 18 October 2015 in Moscow.

The MoU sets out the following priorities for the Network University: BRICS Studies, Economics, Ecology and Climate Change, Computer Science and Information Security, Water Resources and Pollution Removal, and Energy. 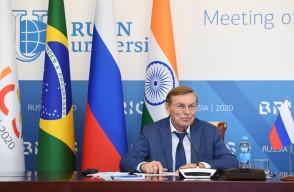