Anton Inyutsyn: The first joint report of the BRICS Energy Platform presents our vision of the group’s role on the global energy stage 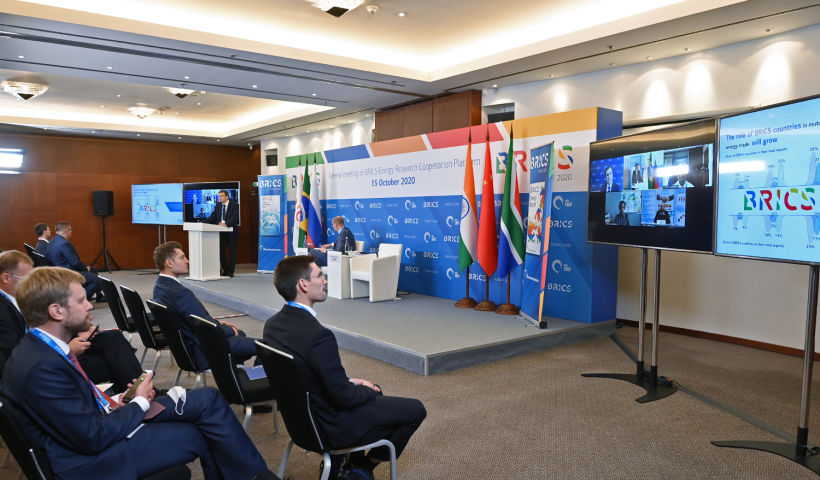 On 15 October, Anton Inyutsyn, Deputy Minister of Energy of the Russian Federation, chaired a presentation of the first analytical reports prepared within the framework of the BRICS Energy Research Cooperation Platform.

Following the presentation, the participants discussed the outcomes presented in the reports, global trends that affect the energy systems of the five countries, the  role of the BRICS countries in the global energy sector and the BRICS countries’ potential impact on the long-term development of energy markets, as well as the outlook for their technological cooperation.

The discussion saw the participation of the representatives of research institutions and major energy companies from the BRICS countries, including V.S. Nandkumar, Director General of the Central Power Research Institute (CPRI, India); Zhen Wang, Deputy Director General of Policy Research Office, CNPC (China); Oleg Zhdaneyev, Head of the Competence Centre of Technology Development of the Fuel and Energy Complex of the Russian Ministry of Energy; Vyacheslav Kulagin, Department Head of the Energy Research Institute of the Russian Academy of Sciences; Tatyana Mitrova, Director of the SKOLKOVO Energy Centre (Russia) and other representatives of the BRICS countries.

The reports drew the interest of international organizations, which were represented at the discussion by Secretary General of the International Energy Forum (IEF) Joseph McMonigle, Head of the Energy Studies Department at OPEC Abderrezak Benyoucef and Senior Energy Analyst at the GECF Hussein Moghaddam.

Anton Inyutsyn pointed out that the BRICS Energy Report was the first comprehensive document on the current state of the five countries’ energy systems and their strategic development vision. An important feature of the report is that it is based entirely on the group’s own statistical data and internal forecast estimates.

According to the report, the BRICS countries’ role on the global energy market will continue to grow. By 2040, they will account for 41 percent of global energy consumption and production. Fossil fuels will dominate the BRICS countries’ energy balance in the next 20 years and will supply over 70 percent of energy consumed in the five countries. The group plans to increase its focus on low emission energy systems based on natural gas, nuclear energy and renewable energy resources (RES). The share of natural gas in their energy balance will increase by 6 percent, nuclear energy by 4 percent and RES by 8 percent.

Over 60 companies and organisations from the five countries contributed to the BRICS Energy Technology Report. According to its conclusions, digital and clean energy technologies hold the greatest commercial promise. In all, the report covers over 90 technologies which the BRICS countries regard as the most promising when it comes to joint projects.

“We hope that the results of these studies will be applied in practice, benefitting not only BRICS but also other countries, international organisations and the world’s largest energy companies,” the Russian Deputy Energy Minister concluded. 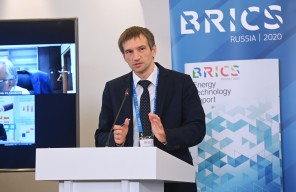