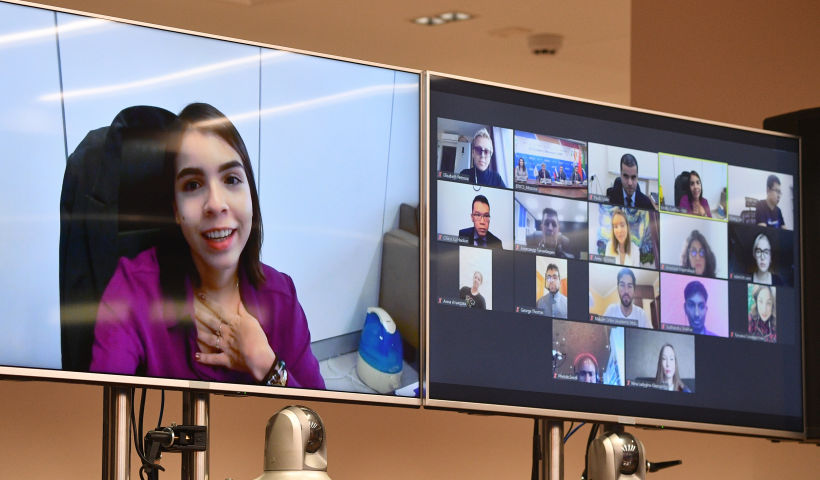 On 20 October, International BRICS Youth Business-incubator has opened in Moscow.

The opening ceremony saw the presence of Grigory Gurov, Deputy Head of the Federal Agency for Youth Affairs, Mikhail Malkov, Counsellor, BRICS Office, Foreign Policy Planning Department, Ministry of Foreign Affairs of the Russian Federation, Tesun Jia, Deputy Director of the Chinese Youth Exchange Center, Emilli Rayanne Coelho Silva, National Secretary for Youth Affairs of the Federal Republic of Brazil, Phetole Seodi, Manager of Public Relations and international relations of the National Youth development Agency of South Africa, George Thomas, Second Secretary of the Embassy of the Republic of India in the Russian Federation, as well as Alexsei Ezhov, Chairman of the Youth Council of the Russian part of The Russian-Chinese Friendship, Peace and Development Committee, and Valeria Gorbacheva, Director of State and Public Relations of the National Committee for BRICS Research.

“The BRICS Youth Business-incubator is a platform for gaining new knowledge in the field of doing business in the BRICS States, as well as exchanging experience and establishing direct business contacts between young entrepreneurs, who want to build sustainable cooperative ties,” said Grigory Gurov, Deputy Head of the Federal Agency for Youth Affairs.

Emilli Rayanna Coelho Silva, National Secretary for Youth Affairs of the Federal Republic of Brazil, expressed confidence that cooperation in the field of entrepreneurship and innovation is one of the key factors for the development of multilateral relations. “It is incredibly important to continue to develop multilateral international cooperation in the fields of entrepreneurship and innovation, and we are proud that the BRICS countries are moving together this international scenario,” said Emilie Rayanna Coelho Silva.

The first day of BRICS International Youth Business-incubator included the opening ceremony and workshop during which representatives of Russian delegation presented their projects in the field of youth entrepreneurship and innovation.