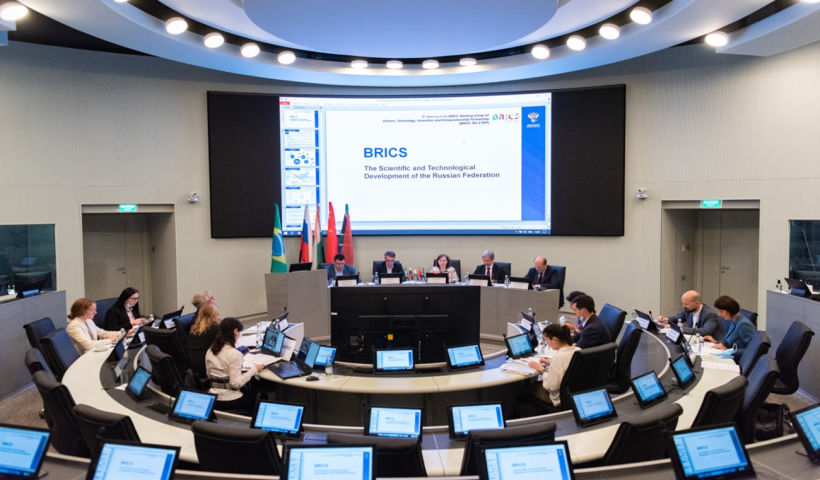 On 15 – 16 October, the 4th Meeting of the BRICS Working Group on Science, Technology, Innovation and Entrepreneurship was held via videoconference.

The event held at the National University of Science and Technology MISIS (NUST MISIS) and Peoples’ Friendship University of Russia (RUDN) was attended by over 40 heads and other representatives of the relevant ministries and innovative organizations of the BRICS countries.

The main objective of this initiative is to stimulate the transfer of technologies within BRICS, to exchange best practices in the field of innovations based on the protection of intellectual property, to bridge the gap between research, innovation and business, as well as to hold joint training courses.

The Working Group is an important international platform focused on the creation and development of the network system of interaction between research and technology parks, incubators, accelerators, technology transfer centres, universities and other participants in the innovation processes in the BRICS countries.

The opening remarks at the event were delivered by Deputy Director of the Department of Innovation and Advance Research at the Russian Ministry of Education and Science Viktor Kalinin, First Vice-Rector of NUST MISIS Sergei Salikhov, RUDN President and Chair of the State Commission for Academic Degrees and Titles at the Ministry of Education and Science Vladimir Filippov, and Secretary of the Council for Cooperation in Science, Technology and Innovation between BRICS Countries Irina Kuklina.

“One of the main objectives of the Meeting is to coordinate practical moves for creating effective cooperation mechanisms within the BRICS countries’ innovation ecosystem designed to promote the modernization of the national economies and their joint contribution to the implementation of the global innovation agenda,” Viktor Kalinin pointed out.

The main issues on the meeting agenda were to discuss the development status of the iBRICS Network (Innovation BRICS Network) adopted by BRICS Ministers of Education in 2019, and to coordinate an initiative on cooperation among the BRICS Technology Transfer Centres.

The BRICS countries have unanimously supported the enhancing of cooperation in innovation aimed at attaining the goals of the BRICS Action Plan for Innovation Cooperation 2017 ̶ 2020.

The participants were also updated on the international events in the field of innovation to be held in the BRICS countries in 2020 and 2021. The next Meeting of the Working Group will be held in India in 2021.