BRICS Business Forum. Chairman of the BRICS Business Council Sergei Katyrin: ‘The business ties of the five BRICS countries have stood the test of the pandemic’ 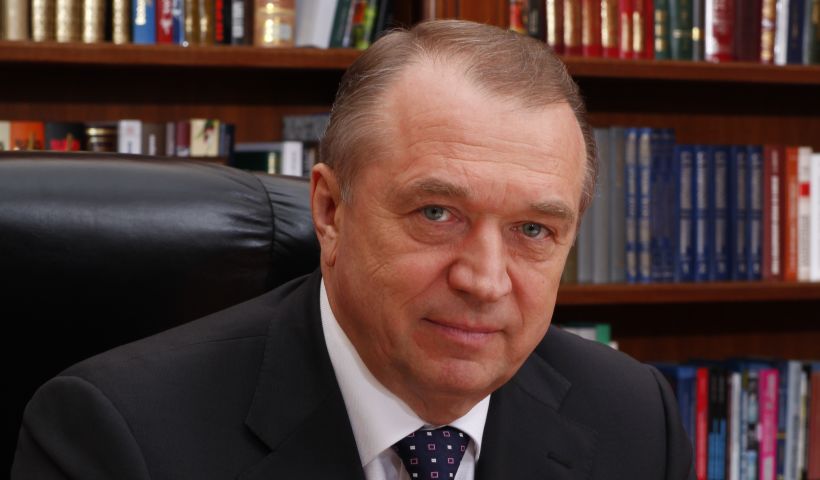 2020, the year of the Russian BRICS Chairmanship, has been a challenging one. The situation that we have faced poses a challenge of a new kind. We have had big plans, but they had to be adjusted in view of the coronavirus pandemic. Today, we see how fragile and vulnerable our world is in the face of the present-day global challenges.

In 2015, the Leaders of the BRICS countries included a provision in the Ufa Declaration of the BRICS Summit, noting the need for cooperation and coordination for resolving global healthcare problems. The Declaration also mentioned threats to economic and social development around the world due to the growth and diversification of infectious and non-communicable diseases, and the possible emergence of infections with a pandemic potential. However, no one could have imagined the scale of the tragedy and the depth of all the crisis the world faced five years later, in 2020.

Nevertheless, despite this challenging environment, I believe that the business ties within BRICS have stood the test of the pandemic. BRICS countries continue to cooperate, including on the issues of combating the consequences of the crisis caused by the spread of coronavirus. The BRICS group continues operating remotely and has not fallen into a lethargic sleep.

The BRICS Business Council held a meeting via videoconference in July 2020 and adopted a joint statement on the current situation with the COVID-19 pandemic. In this statement, we emphasised the need to strengthen cooperation and coordination on the global agenda, and noted the willingness of business communities to proactively contribute to developing measures to overcome the challenges of trade and economic cooperation within BRICS.

Of all the successfully implemented initiatives that have been taken I would like to mention the increased funding from the New Development Bank (NDB) in 2020. This year, it could grant more than USD 10 billion in funding, and approved a special financial COVID-19 Emergency Assistance Facility for combating the coronavirus and its economic consequences.

I would like to name the Russian projects approved by the NDB this year.

There is the project to develop water transport in Russia. The NDB Board approved a loan of EUR 100 million to the Black Sea Trade and Development Bank (BSTDB) for the development of the Russian water transport sector. BSTDB will use these funds on sub-projects in the Russian Federation for increasing capacity and efficiency of ports and passenger terminals, as well as upgrading the cargo and passenger fleet.

The next programme deals with developing toll roads in Russia. The NDB Board approved a two-step loan of USD 100 million to the Eurasian Development Bank for a programme to finance the construction of toll roads in Russia. The loan will go towards financing several sub-projects to upgrade and build new toll roads in Russia in line with the Transport Strategy of the Russian Federation up to 2030. The project is expected to add about 500 km of Category 1 motorways with bridges, intersections and other engineering facilities for better connectivity in the country.

The creation of the Women’s Business Alliance was also among the highlights of BRICS cooperation, with Russia playing a leading role in this initiative. It was during the First International Women’s Congress of BRICS and SCO in July 2017 in Novosibirsk that the Russian business community put forward the initiative to create a female entrepreneurship platform. The BRICS National Chapters supported this idea. We attach great importance to the fact that the Alliance was launched as part of the Russian BRICS Chairmanship despite all the restrictions caused by the coronavirus.

First and foremost, the NDB increased project funding in the BRICS countries, with more support for small and medium-sized businesses. There was also some progress in removing administrative barriers.

In 2020, the BRICS countries sought to deepen their integration and develop their transport and logistics infrastructure. They persisted in their efforts to streamline trade regulations, domestic standards and harmonize technical regulations, promote e-commerce, as well as digital technologies within BRICS.

These are exactly the issues that the BRICS Business Forum focuses on during the annual BRICS Business Council. This is the first time that the Forum takes place via videoconference due to the pandemic.

We are looking forward to hearing presentations made by prominent experts from all the BRICS countries. We are certain that we will have meaningful debates on all items on our agenda.

The Forum will end with a plenary session, featuring Heads of the National Chapters of BRICS Business Council, the NDB, as well as representatives of the Russian government.