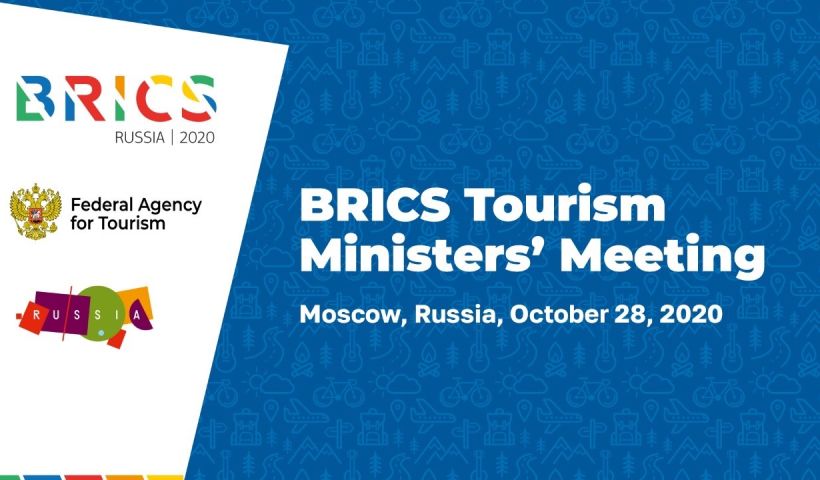 On 28 October, Zarina Doguzova, Head of the Russian Agency for Tourism, chaired the Meeting of BRICS Tourism Authorities via videoconference.

The main topic for discussion at the meeting was the impact of the current epidemiological situation on the tourism sector in the BRICS countries and in the world. The participants shared their experience in the development and implementation of anti-crisis measures, as well as support and development of the industry.

“Tourist exchanges between the BRICS States make a great contribution to the economies of our countries and play an important cultural role, bringing our nations closer. Our countries have unique and amazing cultures, which, together with developed transport connections, favourable visa regimes and a good tourism infrastructure, can promote the further growth of tourism. We hope that soon we will be able to resume mutual tourism flows and continue to increase them,” said Zarina Doguzova, Head of the Russian Agency for Tourism.

The meeting participants also discussed the prospects of signing a memorandum on cooperation in tourism between the five countries and launching the BRICS Working Group on Tourism to exchange information and implement joint tourism and hospitality projects.

“As for Russia, we consider it important to sign a memorandum, first of all, in order to consolidate the intention to establish regular and close contacts in tourism within BRICS. The idea of ​​creating a working group on tourism can become a lever to give a boost to tourism cooperation within the BRICS group,” Ms Doguzova said.