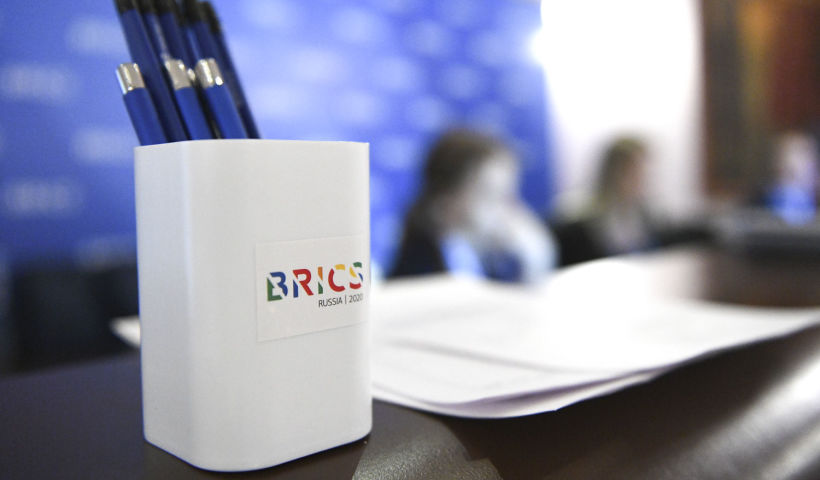 About 90 speakers, officials, representatives of business communities, financial institutions and public organizations from all BRICS countries participated in the Forum.

During the 3 days of 9 panel sessions, the participants discussed the current topical areas of cooperation between the BRICS countries including industry, trade, digital technologies, agriculture, healthcare, energy, environment and women’s entrepreneurship. According to the participants, these Forum sessions were held at a high substantive level, which made it possible not only to exchange experience in overcoming the consequences of the pandemic, but also to present initiatives and long-term cooperation plans in all areas.

The Forum received greetings from Russian Foreign Minister Sergei Lavrov who wished success and productive work in promoting ties between the BRICS countries.

Deputy Foreign Minister and Russia’s BRICS Sherpa, Sergei Ryabkov, noted that it was necessary to mitigate the growth of negative factors in international affairs, including in the economy.

“Contradictions are growing,conflict potential is heating upand the gap between the rich and poor is widening. This must be overcome, and the role of the BRICS countries is very important in this regard,” the Deputy Minister noted.

The renewal of the Strategy for BRICS Economic Partnership 2025 is a priority item on the trade and economic agenda under the Russian BRICS Chairmanship in 2020.

Russian Minister of Industry and Trade Denis Manturov spoke about several issues related to the development of industrial cooperation within BRICS.

“In addition to measures to stabilize the domestic situation, we are looking for new solutions and new growth points in industrial cooperation and the expansion of trade and economic relations with our partners,” the Minister said in his video message.

Various issues of cooperation and experience in addressing certain problems were raised iby the Heads of the National Chapters of the BRICS Business Council: Jackson Schneider (Brazil), Onkar Kanwar (India), Xu Lirong (China) and Busi Mabuza (South Africa), who also noted the necessity to develop women’s entrepreneurship within BRICS, as well as the role of the Women’s Business Alliance.

Summarizing the outcomes of the BRICS Business Forum, the participants stressed the importance of closer than ever cooperation and coordination between governments, businesses and civil societies in order to provide comprehensive and timely support for people and economies during the pandemic.