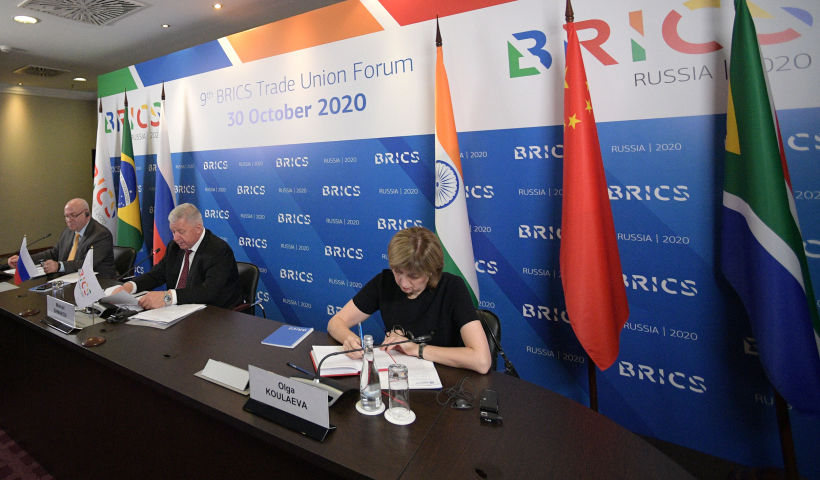 On 30 October, the annual plenary Meeting of the BRICS Trade Union Forum took place via videoconference under the Russian BRICS Chairmanship.

The Forum site in St Petersburg was attended by members of the Russian delegation led by Mikhail Shmakov, Chairman of the Federation of Independent Trade Unions of Russia (FNPR), and Olga Kulayeva, Director of the Bureau of the International Labour Organisation (ILO) for Eastern Europe and Central Asia.

The Forum participants included 106 delegates from 13 national trade unions from the BRICS countries, who represent almost 400 million workers, as well as Russian and foreign guests of honour.

The main topic of the Forum was the impact of the pandemic on the labour markets of the BRICS countries and the activities of trade unions, their role and goals under the current conditions.

Opening the meeting, Chairman of the BRICS Trade Union Forum and FNPR President Mikhail Shmakov noted, that “the current epidemic has further exacerbated the socio-economic problems of the pre-crisis period. States are forced to incur unprecedented costs associated with supporting their populations. Thousands of enterprises have been forced to temporarily close their doors, and many of them are on the verge of ruin or have gone bankrupt. Development crises give impetus to qualitative leaps. What seemed familiar and acceptable yesterday must be reviewed with an awareness of the imperatives of today. Under these conditions, it is more important than ever to strengthen constructive five-sided labour cooperation. We welcome the deepening of cooperation among BRICS Ministers of Labour and Employment and support their efforts to continue the social dialogue.”

Representatives from the largest national trade unions of Brazil, India, China and South Africa gave similar speeches while focusing on the specifics of overcoming the pandemic crisis in the labour markets of their countries.

The Russian delegates listed in detail the joint measures to support employment and protect the income of workers, developed and implemented by their social partners, as well as the actions of the FNPR on the legislative support of working from home.

Following the IX BRICS Trade Union Forum, the delegates adopted a Declaration, which reflected the position of the trade unions of the BRICS countries on the most pressing issues. 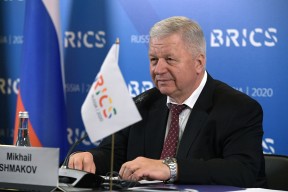