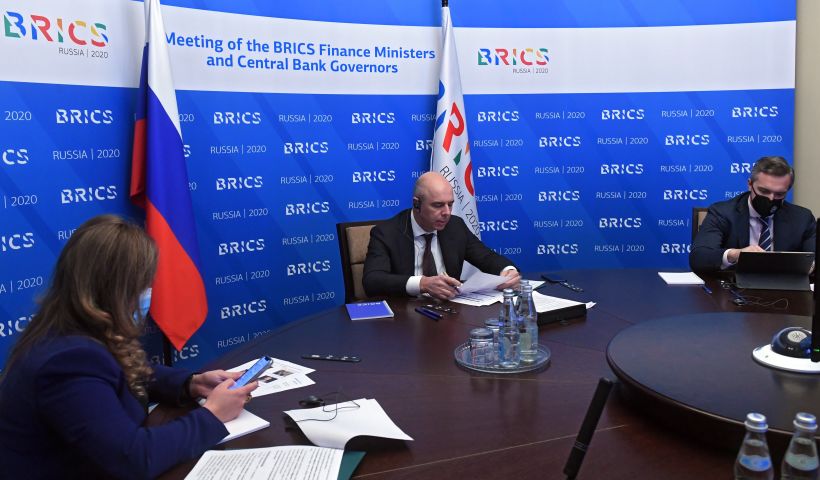 On 9 November, a Meeting of BRICS Ministers of Finance and Central Bank Governors as well as a Meeting of the BRICS Contingent Reserve Arrangement (CRA) Standing Committee took place via videoconference. One of the most substantive outcomes of the Russian BRICS Chairmanship on the financial track was the initiative to elaborate a joint Digital Platform (Data Room) to Encourage Infrastructure Investments in the BRICS countries as well as the progress made on the issue of the New Development Bank (NDB) membership expansion. The meeting participants also exchanged views on the current G20 agenda (overcoming the economic consequences of the novel coronavirus infection, implementation of debt initiatives, digital economy taxation).

One of the main priorities of the Russian BRICS Chairmanship in the field of central banks cooperation was to improve the BRICS Contingent Reserve Arrangement mechanism and to strengthen  its research potential. The meeting approved the first BRICS Economic Bulletin, which highlights the impact of the COVID-19 pandemic on the BRICS economies and reviews the outcome of the third testing of the CRA mechanism.

The participants also discussed cooperation in the field of information security in the financial sector, in particular, establishing a BRICS Rapid Information Security Channel – a special direct communication channel between the BRICS Central Banks for exchanging information on cyberattacks and cyber threats.

Another important area was the promotion of cooperation in payment systems. The meeting also approved the research by BRICS Payments Task Force on cross-border payments infrastructure development and the prospects of interaction between the BRICS national payment cards systems. 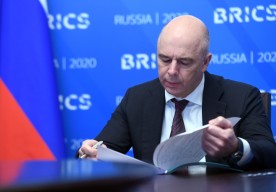 Meeting of BRICS Ministers of Finance and Central Bank Governors