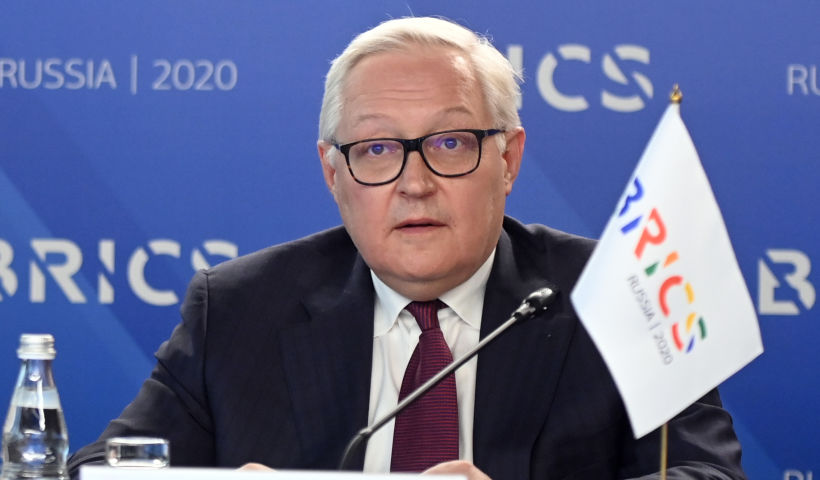 On 11 November, the Valdai International Discussion Club hosted a discussion on Russia’s BRICS Chairmanship in the year of the COVID-19 pandemic. Timofei Bordachev, Programme Director of the Valdai Discussion Club, moderated the event. The speakers included Sergei Ryabkov, Deputy Minister of Foreign Affairs of the Russian Federation and Russian Sherpa in BRICS, was well as representatives of the BRICS academic community: Chief Economist at Deloitte China Xu Sitao, Director at the Observer Research Foundation in Mumbai Akshay Mathur, Executive Director at South Africa’s Institute for Global Dialogue Philani Mthembu, and Victoria Panova, Managing Director at the Russian National Committee on BRICS Research and Scientific Supervisor of the BRICS Russia Expert Council.

“There is no denying that the pandemic has greatly affected Russia’s BRICS Chairmanship in 2020. The relevant ministries and line agencies – our BRICS Team –  have been able to adapt to the new reality and reformat their activities by shifting to the online mode. BRICS has developed strong immunity to all kinds of crises, and demonstrated its ability to be flexible and operate under any conditions,” Sergei Ryabkov pointed out. He went on to say that the Russian BRICS Chairmanship has been able to keep up momentum of all three pillars of BRICS cooperation priorities in 2020 - politicyand security, economy and finance, cultural and humanitarian contacts, as well as to even to move forward in some areas.

Experts noted the advantages the BRICS format can offer to a large number of developing countries and emerging economies. The discussion focused on the future of the “outreach” and the “BRICS+” formats, as well as the creation of an institutional framework for the group of five countries. The experts paid special attention to the so-called second track of cooperation within BRICS, citing the examples of the BRICS Civil and Academic Forums. They also acknowledged the creation of the BRICS Women’s Business Alliance and the research project on women’s empowerment in the BRICS countries.

All the speakers agreed that taking into account all the circumstances in the run-up to the BRICS Summit scheduled for 17 November, the five BRICS countries have built a solid track record. They expressed their confidence that the upcoming Meeting of the Leaders of BRICS Countries will be a landmark event for the strategic partnership of the five countries.

A video recording of Sergei Ryabkov’s remarks is available at https://ru.valdaiclub.com/multimedia/video/zamministra-inostrannykh-del-rf-sergey-ryabkov-o-roli-i-meste-briks-v-globalnoy-sisteme-koordinat/