BRICS Ministers review the outcomes of the cooperation in the field of science, technology and innovation during the Russian BRICS Chairmanship in 2020 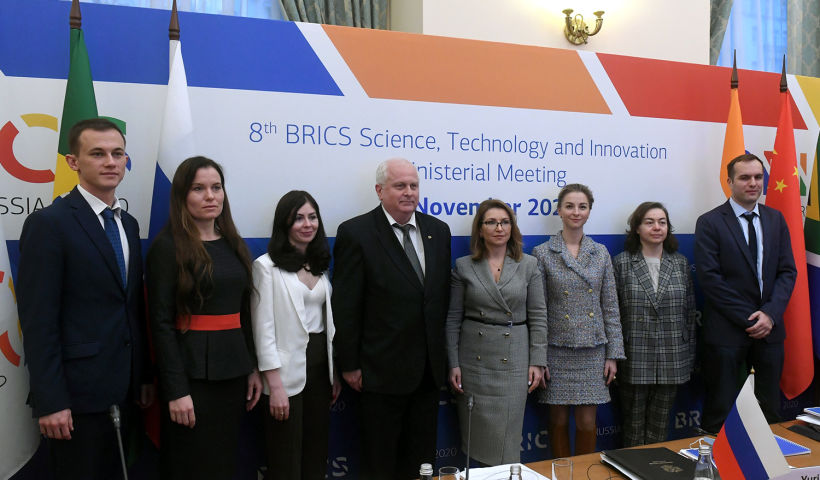 On 13 November, Valery Falkov, Minister of Science and Higher Education of the Russian Federation, chaired the VIII Meeting of BRICS Ministers of Science, Technology and Innovationvia a videoconference.

The Meeting was held on the 5th anniversary of the BRICS Memorandum of Understanding on Cooperation in Science, Technology and Innovation (STI). While opening the meeting, Valery Falkov stated, “The stability of dialogue proves once again the special importance of the BRICS cooperation. Our long-term partnership is backed up by the five-year-long successful implementation of the Memorandum of Understanding, which laid down the legal framework for steady progress of scientific and technical cooperation. As a result, I note with satisfaction, that over 20 events have been productively held this year on priority areas set forth in the Memorandum.”

“I believe the significant potential for cooperation will contribute to achieving social and economic progress in BRICS countries. This approach fully reflects the task set forth by Russian President Vladimir Putin for Russia’s BRICS Chairmanship to ensure the well-being and raising the quality of life of the peoples of our countriesp,” Minister Valery Falkov emphasized.

The Russian Minister of Science noted in his report key trends in the scientific and technical development of BRICS nations as well as steps taken in science to counter the spread of the novel coronavirus infection and counter its consequences Valery Falkov stressed that one vaccine had been successfully tested in Russia, that testing is being completed on another two vaccines, and that there are plans to continue research on combating COVID-19.

Following the meeting, the BRICS representatives unanimously adopted the Declaration of the BRICS Ministers of Science, Technology and Innovation (BRICS STI Declaration 2020), BRICS Science, Technology and Innovation Calendar of Activities for 2020-2021, as well as the BRICS STI Overview in connection with the Five-Year Anniversary of STI cooperation within the Memorandum of Understanding.

The Declaration praises considerable progress in the BRICS countries’ cooperation in science and technology since 2015.

Special focus was directed toward the collaboration of BRICS scientists in fight against the coronavirus infection. In a very short time, a 2020 contest of multilateral scientific and research projects of the BRICS countries - the BRICS Young Innovator Prize - was held. Six expert discussions involving 300 representatives of the academic and business communities from all the BRICS nations were held ahead of the contest.

The Declaration underscores the successful performance of the BRICS STI Steering Committee, which was set up in 2019 following the adoption of the New BRICS STI Architecture. During the pandemic and while facing the 2020 challenges, the Steering Committee proved its efficiency in coordinating STI activities.

The event calendar contains events that are scheduled in all BRICS countries in such sciences as biotechnologies and biomedicine, photonics, astronomy, materials sciences and also in the area of technology and innovation transfer, which aims to boost entrepreneurship and innovative partnerships. 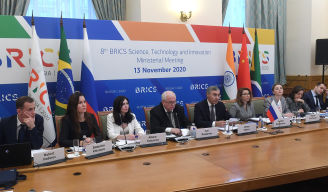 Meeting of BRICS Ministers of Science, Technology and Innovation 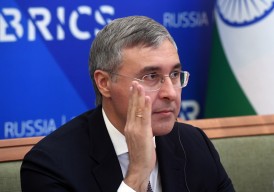 8th Meeting of BRICS Ministers of Science, Technology and Innovation