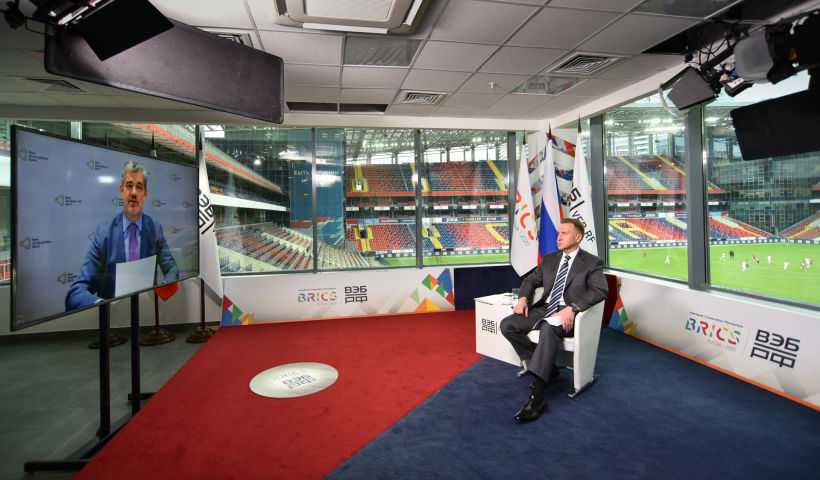 On 16 November, the BRICS Inter-Bank Cooperation Mechanism (ICM), which this year marks 10 years since its establishment, held the anniversary Meeting of the Heads of ICM Banks and the Financial Forum. Both events took place via videoconference.

The main topic of he Meeting was the role of BRICS development financial institutions in supporting national economies during the corona crisis. The participants held an in-depth discussion, exchanged their views, experiences and best practices on this subject.

“The economic crisis that all countries have faced demonstrated the crucial role national and multilateral development banks in overcoming the consequences of the pandemic” VEB.RF Chairman Igor Shuvalov pointed out. “As a result of quarantine measures, the demand and supply of services sharply decreased, production and supply chains are disrupted, investments are reduced, unemployment is growing and household income is falling.”

Mr Shuvalov noted that the growing debt burden has become one of the most pressing global challenges. “Debt obligations of sovereign, corporate and household borrowers have reached the level that the International Bank for Reconstruction and Development refers to as the 4th debt wave. Our task is to monitor these trends and take preventive measures in time. One of them is to make active use of national currencies in our projects,” he added.

Russia also shared its experience in supporting national economy during the pandemic. VEB.RF issued guarantees worth almost 500 billion roubles to commercial banks for providing soft loans to entrepreneurs with a zero or reduced rate.

The meeting concluded with the adoption by the BRICS Development Financial Institutions of a Memorandum on Principles for Responsible Financing, in which they affirmed their commitment to open, inclusive and sustainable financial practices. The Memorandum comprises of eight principles, including the commitment to integrate the assessment of economic, environmental and social impact on local communities; facilitate the development by the BRICS countries of inclusive and sustainable economic models; carry out projects with a greater emphasis on human rights, the principles set out in the Paris Agreement, as well as best corporate governance practices; and ensure maximum transparency on financial activities while observing commercial confidentiality and privacy of clients.

In addition to this, during the meeting David Rasquinha, Managing Director of Export-Import Bank of India, presented the BRICS Economic Research Award to Adam Yao Liu from Singapore for his research on the functioning and development of China’s banking system. 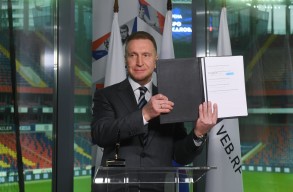