BRICS Competition Authorities review the outcomes of their activities in 2020 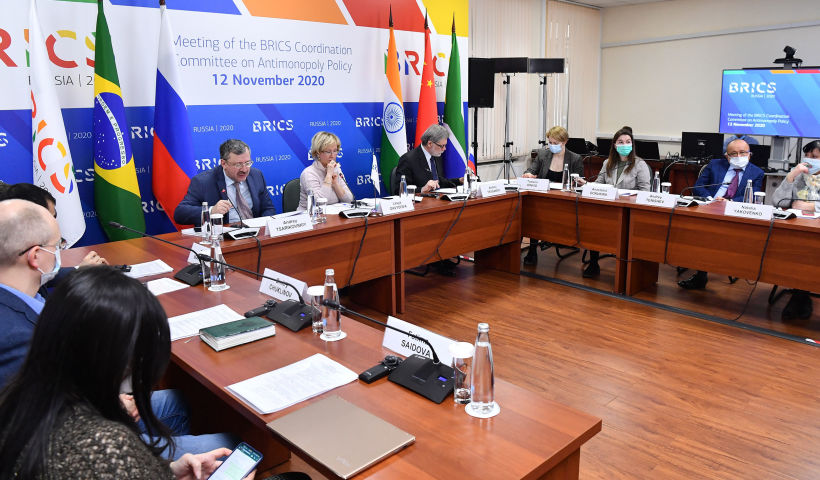 On 12 November, Andrei Tsarikovsky, State Secretary and Deputy Head of the Federal Antimonopoly Service of the Russian Federation (the FAS Russia) chaired a Meeting of the BRICS Coordination Committee on Antimonopoly Policy via videoconference.

The participants discussed the implementation of decisions reached by the Heads of BRICS Competition Authorities at the meeting on 23 July 2020 and also agreed on the main directions for the development of cooperation within the framework of regular meetings of senior officials, the Coordinating Committee and BRICS Working Groups on the Research of Competition issues on socially significant markets.

Andrei Tsyganov, Deputy Head of the FAS Russia, told the participants that the Russian Government had issued an instruction supporting the work of the BRICS Competition Law and Policy Centre. The centre will continue to provide expert and scientific support to BRICS Competition Authorities in all the main spheres.

“Despite the pandemic, we interact regularly on reviewing global economic concentration transactions. We continue to chart our joint positions at specialised international venues. I believe it is important to continue this work at UNCTAD because – as we have seen recently – thanks to the support of colleagues including from BRICS countries, UNCTAD has approved the Russian Federal Antimonopoly Service initiative to combat cross-border cartels,” Tsyganov added.

During the discussion, the participants focused on the results of the  practical work of the BRICS Competition Authorities on the competition law enforcement . The parties deemed it important to draft Model Recommendations, on the initiative of Russia’s Federal Antimonopoly Service, for applying a confidentiality waiver mechanism during the examination of economic concentration transactions to be approved in BRICS countries in 2021.

During the Meeting, experts discussed the prospects of BRICS Competition Authorities’ efforts in fighting cartels and also discussed the Russian Federal Antimonopoly Service’s new initiative on applying liability mitigation programmes in BRICS countries. They also conducted a separate discussion of the results of the 8th UN Conference on Competition, in which BRICS countries were actively involved.

In conclusion, meeting participants wished success to their colleagues from China’s State Administration for Market Regulation in organizing and holding the 7th BRICS International Competition Conference on 13 ̵ 15 October 2021 in Chengdu. 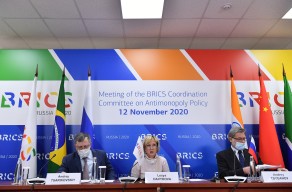