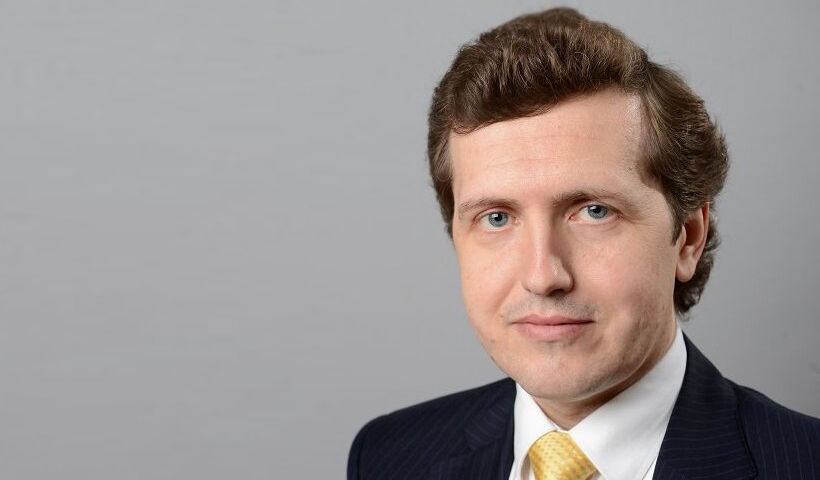 In this connection we talked with Andrei Bokarev, Director General of the New Development Bank Eurasian Regional Centre.

First of all, I would like to say that the establishment of the New Development Bank (NBD) Eurasian Regional Centre is part of the practice of deploying the Bank’s regional offices in the founding countries in accordance with the agreements reached by the Leaders of the BRICS countries in 2014. By now, such regional centres have opened in South Africa, Brazil and now, Russia. A similar office will open in India in 2021.

– support and assistance in the implementation of the bank’s infrastructure and sustainable development projects, including those that involve the participation of several Eurasian countries;
– cooperation within the NDB mandate with national, state and/or private organizations, in particular with international financial institutions and national development banks; and
– technical assistance in preparing and implementing the Bank’s projects.

Under these conditions, our priorities are:

– to implement a series of organizational and technical solutions to make it possible for the Centre to function, considering that the Bank has not had an office in Russia before;
– developing interaction with government institutions and interested ministries and line agencies;
– developing dialogue with Russian regions as potential partners;
– to start systemic monitoring and search for project proposals for expanding the Bank’s project portfolio in Russia; and
– to establish ties with other international financial organizations working in Russia, and coordinate interaction and implement joint projects with them.

This is far from a complete list of the Centre’s objectives.

At the same time, the establishment of the Bank’s Eurasian Regional Centre in Moscow is expected to consolidate this success, ensure a gradual increase of the Bank’s sovereign and non-sovereign portfolios, and provide a systemic basis for selecting and preparing new projects. It is an open secret that many countries, including BRICS ones, lack high quality bankable projects that could attract funds from various sources. The role of the Centre and the NDB is to help potential Russian borrowers/beneficiaries to identify such project ideas, to prepare quality project documents and attract investment not only from the NDB, but also from other sources.

Another vital element in the Centre’s operations is to represent the NDB during consultations and talks with Russian borrowers and organize the Bank’s assessment and monitoring missions. In the context of the COVID-19 restrictions, the NDB, like other international organizations, is often unable to send personnel from its headquarters to other countries. Although our online operations have increased dramatically, even the best modern technology often cannot replace personal contact and presence. In this situation, the Centre’s personnel have to take on additional duties and responsibilities to maintain high-quality and timely interaction both with the authorities and borrowers.

Overall, there are no grounds to say that the bank’s operating principles in Russia will change. But its operations and its very presence should become more significant and visible. The Bank could provide substantial assistance to the Russian Government and regional authorities in addressing their objectives, primarily in the field of infrastructure modernisation and development. And the Eurasian Regional Centre can play a significant role in this.

You are aware that infrastructure financing is a key aspect of the Bank’s mandate. In this context, Russia’s scale and economic diversity offer unique possibilities for the NDB to apply its efforts. The NDB can invest in the modernization of the housing and utilities sector, including water and energy supply, sanitation, the creation of a comfortable urban environment, the development of transport infrastructure, including roads construction, ports and airports, improving the efficiency of urban  transport system, including the renewal of rolling stock. The Bank is already financing a number of projects in these spheres. For example, the NDB has provided a $320 million sovereign loan for a project to modernize water supply and sewerage systems in five cities on the Volga chosen through a tender:  Cheboksary, Dzerzhinsk, Ivanovo, Rybinsk and Volzhsky.

Another important sphere of the Bank’s cooperation with Russia is financing social infrastructure projects. It concerns joint projects to preserve cultural heritage and to develop the system of higher and secondary vocational education. For example, the NDB has approved a sovereign loan for the comprehensive development of the territories and infrastructure of 9 historical settlements: Torzhok, Vyborg, Gorokhovets, Chistopol, Rostov Veliky, Suzdal, Staraya Russa, Arzamas and Tutayev. The funds will be used to preserve and develop these towns’ cultural heritage  and improve their tourism infrastructure.

The Bank and the Russian Government could collaborate in financing projects to enhance the energy efficiency of the national economy, promote a transition to energy saving and “green” technologies, reduce the volume of polluting emissions, and adjust the economy to the the conditions of climate change. Other NDB shareholders are actively using the Bank’s resources for this purpose, and Russia should do the same to address its current objectives.

It would also be wrong in the current situation to neglect the possibilities of  cooperation in the field of digital technologies and the development of related infrastructure. Russia has already accumulated considerable experience in the successful implementation of modern digital technological solutions in various economic sectors. In some cases, its experience is regarded as one of the best in the world. Therefore, it would be logical to support the Russian authorities’ efforts to build up this capacities. In addition, the Bank is interested in analysing Russia’s best practices so as to offer them to its other shareholders.

Heading the NDB Eurasian Regional Centre is a new challenge for me. It is always interesting to be among the pioneers of any project and to see it developing from the bottom up. In this particular case, my mission is to organize the Centre’s operations and to develop it as an effective cooperation instrument and a link between the Bank, which is headquartered in Shanghai, and Russia, one of the founding members who actively contributed to the Bank’s establishment.

To a large extent, the results of the Center's work will determine the growth of the Bank’s project portfolio in Russia and its involvement in addressing Russia’s current economic objectives in the period up to 2030. The key priority for the Centre, as well as its Head, is to meet these expectations.

Vladimir Kazbekov, Vice President of the New Development Bank, established by the BRICS countries: “The main goal of our Bank is to work hard for the benefit of its member-countries.”