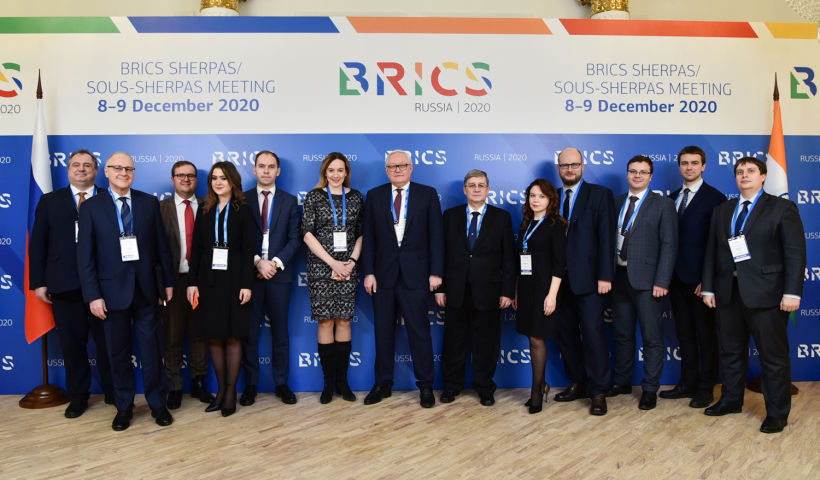 On 8 and 9 December, Sergei Ryabkov, Deputy Minister of Foreign Affairs of the Russian Federation and Russian BRICS Sherpa, chaired this year’s final Meeting of BRICS Sherpas/Sous-Sherpas via videoconference.

The participants held an in-depth discussion on the outcomes of the pentalateral cooperation on all three pillars: policy and security, economy and finance, and cultural and humanitarian contacts.

Representatives of the Russian Line Agancies and organizations briefed BRICS Sherpas and Sous-Sherpas on specific aspects and the outcomes of cooperation within BRICS on the relevant tracks.

Mr Ryabkov presented Russian Chairmanship’s Handover Report summing up the initiatives carried out over the past year and outlining priority areas of cooperation.

As the next country to assume BRICS Chairship, India presented its priorities for 2021.

The meeting also included a presentation of a collection of five books “BRICS: A view from Russia”, prepared for the BRICS Summit on 17 November 2020, on the history and achievements of the BRICS countries in culture, research, sports and other areas. 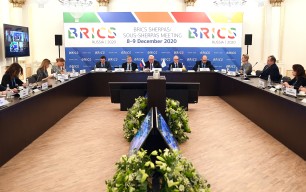 Meeting of BRICS Sherpas/Sous-Sherpas. Day one 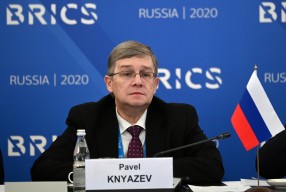